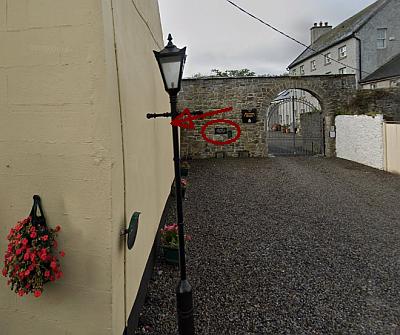 If you go there tomorrow there may be a small posy of blue flowers underneath a black marble plaque identifying the place. The imposing place on the right through the gates is Garrison House, a fine B&B currently shuttered for business in this Plague Year. Tyndall was the son of an immigrant from Gloucestershire then working as a police constable for the RIC and, as a married man was living in a small cottage on the left inside the gates and not in dormitories in the Police Barracks. His dad recognised a spark of brilliance in the boy and made him walk to school up the Barrow tow-path to Ballinabranna. The Master there was John Conwill, something of a mathematical genius in a rural back-water, who fanned the spark of brilliance into a hard bright flame.

As soon as he was able, young Tyndall left home to work for the Ordnance Survey, first in Ireland (Carlow, Youghal, Kinsale), but later transferring to Preston, Lancashire. It is just possible that he worked for William Dargan, surveying railways. Although he was keen on the outdoors, surveying was not doing much for his intellectual development so he enrolled in night classes at the Mechanics Institute in Preston. At the age of 27 he took up a post teaching  school in the South of England. But his restless spirit took him to Marburg in Germany where he completed a PhD with Robert "Burner" Bunsen in a white hot 2 years. He travelled as a sort of scientific gun for hire building a huge bank of contacts and information. While on the continent, he developed a passion for mountaineering and bagged a number of "first Irish" peaks in the Alps. Expeditions in the high clear air made him reflect on radiation and he was the first person to articulate the basic principles of the greenhouse effect. He is also credited with the best early explanation for how the solid ice of glaciers travels relentlessly downhill. His curiosity about the natural world noted that the sky was blue, a fact which most of us take for boring granted; but Tyndall worked out from physical first principles why the sky is blue. He was elected to the Royal Society in 1852 in recognition of his manifold contributions - friction, light, electro-magnetism, heat, geology, sound, microbiology: eventually 147 formal scientific papers and at least three popular books Heat (1863), Sound (1867), and Light (1873). It was always important that he didn't lose the non-specialist: "In the following pages I have tried to render the science of acoustics interesting to all intelligent persons, including those who do not possess any special scientific culture. The subject is treated experimentally throughout, and I have endeavoured so to place each experiment before the reader that he should realise it as an actual operation." Tyndall was the epitomy of the self-taught Victorian polymath and knew all the others. He was a founder member of the X-club, an invitation-only monthly dinner club, which met regularly for 30 years. There two half ideas could bounce around the table to become a testable hypothesis. 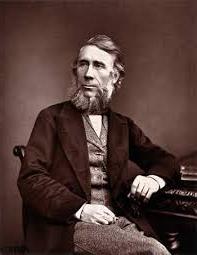 In 1853 he secured one of the very few available paid positions (Professor of Natural Philosophy, under Michael Faraday at the Royal Institution) where one could pursue science full-time. An important part of his brief was to give regular lectures / hands-on bangs&flashes exhibitions for the general public. Every alternate year from 1861 to 1884, he was invited to give The Royal Institution Christmas Lectures - a wonderful and now televised institution in its own right. He must have been good to have been brought out and dusted off each year for so long; and many people have testified to his engaging manner and clever practical ways of explaining difficult concepts. This skill is really rare among actively contributing scientists and possibly more valuable than any particular scientific discovery. I like to think that many youngsters were inspired by a dramatic Tyndall explanation of some natural phenomenon to devote their own lives to pursuit of scientific discovery. Hats off!

I have pulled on Tyndall's coat before [Unknown has recently deposited a long informative comment under that post] and before that. Tomorrow at 1400hrs there is going to a an on-line FaceBook symposium [The Nationalist: executive summary] organised by the worthy Carlow County Museum.
Posted by BobTheScientist at 08:51