Five years ago, I wrote an 800 word potted Life of John Tyndall. It's not the first place people go to find out something about the man who worked out why the sky was blue: my Blob is half-way down the 6th page at Google. When a new biography of Tyndall was published in the Spring, I asked The Institute's Library to order a copy in case any of our students were interested in Victorian science, politics and mountaineering to all of which Tyndall contributed. The book by Roland Jackson is waggishly entitled The Ascent of John Tyndall to acknowledge five decades of Summer days he spent in Switzerland climbing mountains and scrambling over glaciers . . . but also his rise from very humble beginnings along the River Barrow in Co Carlow to rubbing shoulders with the the elite in London. When I got the note to say that the book had been shelved, I promptly went in to borrow it. 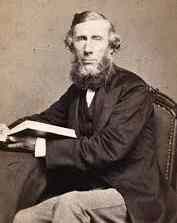 It has taken several months of elapsed time, but now I have trudged through 450 pages of biographical detail to emerge, battered by info but rather better informed, at the end of the text. 80 (!) pages of notes and references and a 16 page index complete the book. It is informatively illustrated with in-text pictures and a folio of glossy photographs in the middle. I say trudged because it is heavy going, being quite Victorian in its attention to detail.

A thread which weaves through Tyndall's life and therefore the book are the meetings of the X-Club an invitation-only dining club which started in late 1864 and met once a month for the next 30 years. The group was brought together by Thomas H "Darwin's Bulldog" Huxley and Joseph "Kew Gardens" Hooker, and included Tyndall, Busk, Frankland, Hirst, Lubbock, Spencer and Spottiswoode.  More than half of these hot-shot men of science have dropped out of the narrative of movers and shakers in the current story of how modern science grew out of alchemy, engineering, hunting and flower collecting. They wanted to talk science in a social setting like our meetings of the Wexford Science Café. Late 19thC England was a world where educated men knew Latin and Greek, Plato and Shakespeare, but were  hazy in their knowledge of logarithms and had no use at all for a sextant. Those tools were for 'mechanics' not the gentlemen of independent who made up the Victorian scientific establishment = The Royal Society. Team-X were mostly :poor and hungry and wanted to create a world where 'Scientist' was a profession with a salary.  Tyndall was one of the few who landed such a job at the Royal Institution where he was paid to give lectures on science to Joe Public.  Whenever a meeting of the X-club is mentioned in TAoJT it is accompanied by a roll-call of attendees. These data are a credit to the author's mining of the historical record but one could wish that such detail was removed from the narrative and put in a table . . . or just left in the kitchen with the potato skins. Same for menus: "We had soup, fish, choice mutton, roast chicken, a delicious salad and three or four kinds of wine . . ." just shows that Victorians of means were intemperate in their feeding habits. 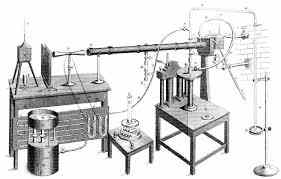 Another thread through Tyndall's biography is particulate matter in the air; so much so that, born 150 years later, he might have been labelled Miasma Man. His current scientific credit lies in his explanation of why the sky is blue - it's the dust particles scattering the short wavelengths innit? But he had a long and noisy association with light-houses and fog-horns and how sound waves are affected by the water droplets in the air. Notably he was able to demonstrate in a lecture theatre the scattering of light by the Tyndall Effect with a nifty piece of apparatus. He was the first to propose that peculiar alpine mists that haunted valley bottoms were most likely due to clouds of dust and pollen and not to do with water-droplets. He spent many years investigating infectious organisms in the air in a dogged fight against the prevailing lazy explanation of spontaneous generation. One effective way he found to sterilise air was to capture it in vials coated with glycerin: soon enough all the floating bacteria-laden debris would touch the sides and be taken out of circulation like Br'er Rabbit and the tar-baby. His poor long-suffering wife had to help him transport sealed vials of old vegetables to Switzerland every Summer where they would open them on pure mountain peaks and outside the hotel kitchens to not how quickly putrefaction took place. She killed him in the end, accidentally giving him a huge tot of chloral hydrate instead of his morning draft of magnesia-for-the-bowels. She outlived him by 47 years, cherishing his memory and hoarding his papers, thus preventing a timely biography which might have cemented his position in the pantheon when his memory was still fresh.

He was famous in his day as a good-pair-of-hands, dreaming up hardware to demonstrate physical phenomena. He thus served as an important interface between theoretical and experimental physics. The theatre and the props made of brass & glass & wood made him a rock-star on the lecture circuit. When Aoife McLysaght and Alice Roberts launch the 2018 Royal Institution Christmas lectures on 26 27 28 December BBC 4, they are walking in Tyndall's footsteps. To reprise the "those who can do, those who can't teach" theme, it is likely that Tyndall's skills and inspiration as a teacher had more impact on the rise and rise of science than all his experimental observations together.
Posted by BobTheScientist at 07:44