Invasive species tend to upset the habitat cart. They have been from their native ecosystem untimely ripped and inserted in an alien place. That can be both good for them and bad. On the bad side, they are presented with a bunch of different, unfamiliar things to eat. On the good side they have escaped a bunch of familiar creatures that had been eating them: predators and parasites, both. Most of the time it doesn't work out, but when things go well for the interlopers then everyone gets to hear about it. I've mentioned two invasive-to-Ireland mammals recently - white-toothed shrew Crocidura russula and grey squirrel Sciurus carolinensis both of which are bigger and bullier than their native competitors.

Muskrats / Ondatra zibethicus / Muscfhrancach were introduced to Ireland in 1927 1929 by a local landowner C.F Minnit esq. who entertained a fantasy about running a fur-farm at Annaghbeg House near Nenagh Co.Tipperary. The Department of Ag thought this was a grand idea and supplied a helpful list of potential food-plant. But before Mr Minnit could build a house or run to hold his investment, they had gnawed through their cages and escaped into the wild. Very s l o w handclap for all concerned.  Things went quiet for a few years [muskrats are secretive and nocturnal] but there was a media storm in 1933. There was also a hail of shotgun pellets into the banks of the Nenagh river and its tributaries as local lads went out in skiffs and along the banks blazing away at anything that moved. 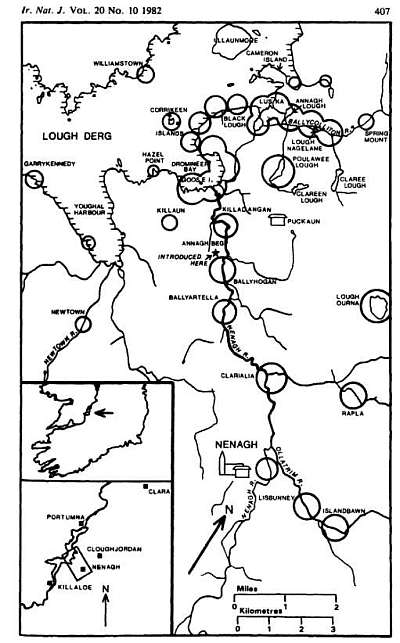 The epicentre of these japes was Dromineer Bay, where years later Dau.II and I made puddles in the bottom of a small sailing boat. The circles on the map indicate where the 'rats were observed. The Dept Ag had woken up to the wider hazards of invasive species: destroying river-banks or >!shock!< getting stuck in the pipes of the new Ardnacrusha hydro-electric power station further down the Shannon. 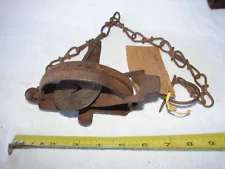 Trapping started in earnest in September 1933, with 10 men and 1000 Oneida #1 steel gin traps [example L on Ebay for $30] employed. One muskrat ventured across Lough Derg to be caught and killed in Co Clare but the majority of nearly 500 rodents were destroyed in the area mapped above. The trappers were active through 1934 but the following year it was all over for Ondatra zibethicus in Ireland. In 2015, a single muskrat was recorded in Co Cork. As it takes two to tango, we're safe for the moment. We might reflect on the generative capacity [breeding like rabbits] of some mammals. A couple of rogue muskrats in 1929 had +500 descendants 4-5 years later. Guns make a lot of noise and deposit a lot of lead into the water courses but are not really effective [muskrats are secretive and nocturnal] and you don't want to piffle about with a few traps. It's like fighting a fire: effectives need to come in hard, heavy and early before the invasion gets beyond their control. Obviously it helps that despite [muskrats are secretive and nocturnal] they are bigger than a breadbox, so make a better target.
Posted by BobTheScientist at 07:45