The not-RTE wireless station Newstalk-FM has a science programme called Futureproof which goes out at noon on a Saturday. You'd think I should be able to tune in on a regular basis: I ♥ Science, after all. But no, it slips past week after week, although I occasionally hear previews and postviews. aNNyway, I was Home Alone last Saturday plongeuring through a mountain of dishes and switched on the wireless . . . because i R can, too, multitask . . . and there was Futureproof talking about disgust. I missed the first bit in the clatter of delft but caught a bit about Charles Darwin in Tierra del Fuego. The expert on Futureproof gives an example of cross-cultural mutual disgust: The Fuegian lad finds repellent the cold salt-beef on which Darwin is lunching, while Darwin is reciprocally disgusted at having his dinner poked by a naked savage. That's cute, so I googled it up and found the relevant paragraph in Chapter X of the Voyage of the Beagle:
Whoops, only disgust on the part of the 'savage'. Jemmy is Jemmy Button, who had, on a previous voyage, been purchased by Captain Fitzroy for a pearl button and trafficked back to England to be "civilised". Darwin and his Wedgwood cousins were strong supporters of the anti-slavery movement but didn't refuse a seat at Fitzroy's table. The Voyage of the Beagle was published in 1839, just 3 years after the ship returned from her five year circumnavigation. The Slavery Abolition Act was passed in 28 August 1833, while the Beagle was at sea. That month Darwin was ashore in Patagonia hunting fossils.  But if there is one thing we know about Darwin, apart from the phrase natural selection, it is that he was prolific. He wrote books on a wide variety of topics and knew more about barnacles than any man then living. For The Expression of the Emotions in Man and Animal, published in 1872, he recalled that moment from 40 years earlier on the other side of the world: 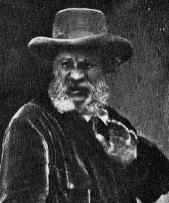 Darwin employed an ac-tor to demonstrate the various emotions which he investigated. And there are two variants in the book for 'disgust': with and without hat. But you know the look "The disgust face expression is one of the universal facial features. It is characterized by a wrinkled nose and lowered eyebrows. The mouth is typically opened in a gesture as if silently mouthing a "bleaghhh" sound".  I see this all the time in my Food and Fermentation Microbiology course. The students have lived such sheltered deodorised lives that any smell is met with a fit of the vapours. A whiff of Pseudomonas or Bacillus brings out a "Glrrrrk" and wrinkled nose. You should try mercapoethanol, I say, that will make you cry.

I was down with Pat the Salt with his daughter The Beloved last weekend and she discovered a tin of fancy biscuits at the back of one of the kitchen cupboards. She passed these round at 'afternoon tea'. As no vicar was expected we didn't have cucumber sandwiches. aNNyway, Pat poked around in the tin looking for something from the 1930s (when he first met chocolate biscuits) and TB baulked: You have to take the first one you touch, Pat, she said.  Clearly the protocol is the same as playing championship chess. If I reflected too long and imaginatively on whether the towels and door-handles were 'clean', why I'd get nothing done when I'm down there. You may bet that he doesn't regularly take 20 seconds [sing happy birthday through in full twice] to wash his hands after using the toilet. I don't, you don't; only pediatric nurses and surgeons do. But you/I/we all should do that; anything less is just a waste of water. Dame Sally Davies, the UK's Chief Medical Officer CMO [equivalent of the US Surgeon General], shows how and why you/I should do that at the end of her lecture to The Royal Institution. Don't watch if you worry about the future in a world without antibiotics. I've mentioned this before . . . and given the Happy Birthday rule . . . but also have given an alternative view.

At the end of the last century, when I was working in TCD, the department stumped up for tea and biscuits at 1100hrs every morning M-F. The biscuits were presented in an old Christmas biscuits tin. We had a post-doc from foreign who would root through the biscuits picking up several with her fingers eeeeuw! before making her decision.  Why did I specify the from foreign back there? Am I a closet racist? Probably! But I would have been equally 'disgusted' if Cathleen ni Houlihaun herself had picked over the biks in that manner. Except that she wouldn't because, in Ireland, we don't do that.