It's not always that you can get your ear 'ole up to the Horse's Mouth. But I was writing about Ullage yesterday and veered off at a tangent concerning rails, railways and the coefficient of linear expansion of steel. Which is about 12 x 10-6 / oK, seeing as how you're asking  (less if you are still working in the 19thC Fahrenheit). Well how convenient; The Boy, railway engineer sans peur et sans rapproche, was over for the Hallowe'en weekend so I asked him about spacing between rails given that rails are much loonngger now than when the Union Pacific Railway was driving its route from sea to shining sea. Rail length then was limited by the weight a team of navvies could heft from the delivery car to the naked ties/sleepers ahead. Now continuous weld rails can be much longer as they are fed off the rail-car. But you still need gaps which are called 'breathers' [technical term]. Breathers are scarfed rather than butt-ended:

That spreads the load across the [heat-expansion] necessary gaps. This makes for a smoother ride: the railway no longer calls do-deska-den do-deska-den do-deska-den like the title どですかでん of Kurosawa's first film in colour. but a breather joint is also important for environmental engineering. When the load-bearing wheels of the train cross a butt-end joint despite the fish-plate 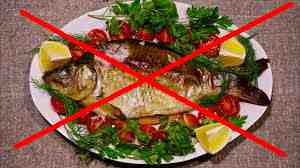 no not that sort of fish-plate, this:

. . . despite the fish-plate there is a certain amount of spring. Each bounce compresses  the ballast beneath which allows water to pool . . . which (frost-heave, erosion) makes the joint more bouncy . . . until you have a derailment, death and a huge compensation claim.

Turns out that The Boy is currently working on the section of track between the channel tunnel and the St London St Pancras terminal. This is the only section of true high-speed rail in the UK network and British engineering practice is about 14 years behind SNCF's. IF there is a derailment, death and a huge compensation claim AND your company is following out-dated rules THEN you don't have a rail to run on. One of the tasks that The Boy has to juggle during his billable hours and meeting more urgent deadlines is to update the documentation. This was originally written in French and translated by French engineers into 'English' which is actually pretty good but does occasionally bring the Anglophone engineers up all standing: what exactly do they mean by 'scuffed' and 'burring': a £10 million claim might ride on that knowledge. The other problem is that the documentation is supplied as a scanned PDF - the original MS-Word document having long been deposited on a 3in floppy-disc in an unreachable archive in the Alps. The Boy needs to edit these rules/guidelines for functional sense without upsetting the pagination enough to screw-up the Table of Contents. You can't really just add text-blocks as marginalia.

A similar problem explains a peculiarity about my 1953 almost complete [missing Volume I A-Anstey] revised 14th edition of the Encyclopedia Britannica. You'll be reading the article about Pepin the Short, turn the page and suddenly be faced with a microfont. I'm guessing that a Britannica researcher wanted to add something new and interesting about Ravenna and the Donation of Pepin and squeeezed it in before the next article. Not a problem if your encyclopedia is only electronic; the cloud is much more flexible than the printed page.

Me, I've been having my own Lost in Translation issues. In Food and Fermentation microbiology aka F&F, we have three students from Montpellier visiting under the Erasmus scheme. One of the diagnostics for Pseudomonas is that they grow quite rapidly into mucoid colonies that look like nothing so much as snot. What is the French for snot? The discussion seemed to imply that French people never needed handkerchiefs because their noses were perpetually clean. If you're ever in need of the word while visiting Toulouse it is morve. Later on in the same session one of les françaises said that she couldn't see her bacteria down the microscope because they were addé. Que? Turned out she meant all clumped together and hard to distinguish individually. Google translate doesn't know this coinage; for them clumped = groupé, but that's probably Parisian langue d'oil rather than the langue d'oc of the midi. Why is the warm south of France in the middle? That's another question for another day.

My final translation tale concerns a cousin of The Beloved who grew up in Rome until the age of 12; when she came to school in Ireland. Six years later, she secured a nice little earner gig at a soap factory in West Dublin. The parent company in Milano had sent out a process tech engineer to sort out a problem in the production line and Coz was seconded by the TCD modern language department to translate from him. Her Italian was fluent for things like taxis, pizzas and celebrity gossip but non-existent for valves, capacitors and molarity. Her scientific friends were hopping from one foot to the other to land a position as the TTA translator's technical assistant . . . but it never happened.
Posted by BobTheScientist at 07:43