Skins are alive with the sound of microbes

Last week in my Human Physiology course, I was wrapping up my section on the Circulatory System. After six years running the course the powerpoint slides are settling down to a stable set, but the anecdotes that come roiling out of my mouth are different each year. This year, I was triggered by the mention of Salbutamol, a selective β2-adrenergic receptor agonist, to talk about The Boy's near-death experience with asthma. He was 16: past the age, we thought, of being responsible for his own inhalers.  Nevertheless, he came downstairs at about 7pm one winter's evening looking distressed and breathless. He asked if we should call the GP to make a house-call because it was outside of surgery hours and Care-Doc hadn't yet been invented. We phoned, the doctor estimated 40 minutes to an hour. 90 minutes later we called again and got the same answer. Accordingly, we cancelled that, piled into the car and drove asap into A&E at Beaumont Hospital about 6km away. Bob the Fainter wrote about the funny-in-hindsight follow on from that adventure. My point here is that The Boy was eventually admitted for observation for what was left of the night. When we went in to see him the following afternoon, he was looking much chirpier and told us that he would likely be discharged after evening rounds had secured appro from the consultant physician. 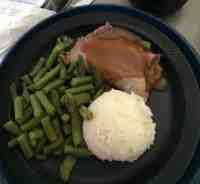 The Boy had just finished his hospital lunch and wanted some advice. With lunch came a two-choice menu for the following mid-day meal; what did we think that the next occupant of the bed would like to eat? Or should he play it for laughs, because he had been visited with baked cod and mashed potato by the previous inhabitant and he'd have much preferred it all fried. That's the way monolithic bureaucracies flourish: offering the illusion of choice but being far more rigid in their catering constraints than any restaurant still in business.

This interchange between sequential bed-users in hospital applies in spades to the microbial flora of their skin. Last week's Nature had an Outlook supplement on the Skin. For me the most interesting piece was by Emily Sohn a free-lancer from Minneapolis called Community Effort. It's all about the microbial flora of the skin - a community that gets far less attention, on The Blob and elsewhere, than that in the soil and the GI tract. You should read Sohn's piece because it is easy on the eye and interesting. One cited story is about a longitudinal study, by Jack Gilbert from U Chicago, of the microbial life on exposed surfaces in a newly commissioned hospital.

In Gilbert's study, these surfaces started off with random microbial blow-ins but as soon as patients started to arrive, the swabs started picking up Staphylococcus and Streptococcus and other typical skin-bacteria. As soon as each patient arrived they got a jolt of incommming from the previous patient but within 24 hours had re-established their own characteristic microbial signature. Every hour you are shedding about 40 million bacteria into the local environment and 10 million fungal spores. That's a lot but, when it comes to establishing a new empire, these millions are almost always a verloren hoop against the billions of incumbents. Occasionally however, these microscopic adventurers overwhelm the existing community like Pizzaro in Peru and establish a new dynasty. That coup d'état is more likely if the newly admitted patient is sick or immuno-compromised . . . or has been washed too obsessively???  The CDC estimates that 1.7 million HAIs hospital acquired infections occur in the USA each year resulting in 100,000 deaths. To put that in context there are 35 million hospital admissions in the land of unfree medicine. Do the math: 1 in 20 in-patients catch something else in addition to their original illness.  Not all of them are MRSA [multiprev], or CRE [prev] some of them are 'only' C.diff. [prev].
Posted by BobTheScientist at 07:35