. . . in which Bob meets an old friend and starts using emojis; read on . . .
When we bought the ruined farm-house in which we now live, you could run a small dog in under the rotted front-door. The over-hanging trees had carried away all the rain-gutters and beaten a hole in the edge of the roof. That first Summer in 1996, we spent most of the time tidying up the yard [so it looked less like Nazareth] and out-buildings and then moved in on the house to tidy it up before the builders started work. In our investigations of the structure, we revealed seven (7!) bees-nests in the roof and walls. We called in a local bee-keeper to clear these intruders away and hopefully bring each colony back to productivity. The Summer after we moved in to the refurbished house, a swarm of bees appeared in the yard, found a small crack by the frame of the bathroom window and took up residence in the reveals between wall and window. They are still there. It's restful: when you're soaking a the bath you can hear the bees rumbling just 40cm and one layer of plaster-board from your wet head. The Beloved has also kept bee-hives going on the property on and off ever since. I guess we're bee-huggers 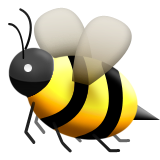 ; although I think that Lyle's Golden Syrup makes a better flapjack than honey.

When my roomie at work announced yesterday afternoon that the local chapter of the Irish Beekeepers Association was in the Concourse trying to recruit a younger demographic, I naturally went down to see whaaaat's happenin'? I was delighted to meet the youngest of this year's crop of Brewers and Distillers chatting earnestly to one of the apiarists. "Hi Kris," I twitted the young fella, "you're only here for the mead." That was only partially true because he is genuinely interested in life the universe and everything, bless his cotton socks. As I ear-wigged the conversation, my mind was working double-time because the bee-keeper's face was a) about my age b) familiar but c) certainly out of context. I idly picked up a pot of honey from the display table and read "Killoughternane Honey". It was like Marcel Proust being transported back to his childhood by the whiff of a madelaine.

"Frank!" I said, "it's been a while". Almost exactly 20 years in fact. Shortly after we moved into our bee-loud home, I was sent off to  Kilkenny to buy a chain-saw: it's what every country dweller needs. I never used it because I believed it to have a fatal attraction for the limbs of novices. The Beloved also joined the Irish Timber Growers Association: because we aspired to hug trees🌳. That winter, a flyer came in from the ITGA inviting members to attend a Chainsaw Use and Maintenance course run my Coillte, the state forest service. I mitched off work in Dublin - I was the boss of me, so it was easy to get leave - and attended the M-F 10-4 course, which was held in a wood about 80km NW of home. There were about eight men [all men] on the course and one of them was Frank. Killoghternane is only four townlands - Knockscur - Tomduff - Killedmond - Rathanna - from us, so meeting Frank was a typically Irish small world encounter. Apart from making a great deal of noise in the woods, we sat in the back of his van to have lunch on the days when it was raining and on adjacent tree-stumps on the wonderful brisk winter-sunny days when it wasn't. Interesting bloke; I learned a lot from him about our mutual neighbourhood and how to live in it.

But the main thing I took away from yesterday was the whiff  Mead. I'll be knocking off from working at The Institute in few months time, so that might be a good time to return to the heady days of the 1980s when we lived in England and I fermented anything that could be stuffed into a 5 litre demi-john.