I was having a reasonably happy ramble about getting up in medieval clobber as a sort of tribute to the past. My anxiety about what to wear at a Graduation ceremony is very much a First World problem. Apart from a quite casual, probably invisible, oppression of women in respect of hats, nobody is going to get hurt whether or not I wear pointy shoes and a cod-piece. On the other hand, you might get a little worn out if The Blob was always presented in a hailstorm of red. This is an interim report on a First World War problem. I am not embedded in my certainties on the matter of compulsory manifestation of patriotism but I'm not happy. Some notapoppy views expressed on the BBC. 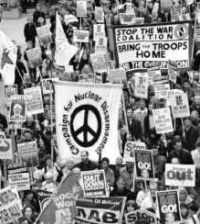 When I was at school in England, 11th November was A Thing. At 11am on that day, everyone paused what they were doing and stood in silence for two minutes. 11am marked the time when the armistice came into force in 1918 and decades later British people marked the occasion to remember the 700,000 UK soldiers who didn't come back from Mespot, Gallipoli, Flanders or Palestine. In the 1960s, there weren't too many survivors hirpling about the streets with missing limbs, or missing lungs; like my grandfather (luckily he had a spare). Medical care was patchier then and your life expectancy after coming through an encounter with phosgene was measured in years rather than decades. Accordingly it became increasingly difficult to sustain the sense of loss and mourning for the wasted years. Armistice day was eventually moved to the nearest Sunday so as not to make people feel awkward at work and avoid disrupting the economy.  Memorial red poppies, which were made by disabled veterans, ceased to be in every lapel. CND and the threat of mutually assured nuclear destruction made anti-war a legitimate position. A generation was born who knew nobody personally who had been in uniform before 1918.

I left England in October 1973 and found a rather different back-ground in Dublin. There, nobody wore a poppy, they certainly weren't for sale on street-corners in the first week of November. A student pal of mine,  from Kilreekil, Co Galway, went to an army surplus store and bought a powder-blue Canadian Air Force great-coat . . . because it was warm and had capacious pockets; because it looked vaguely Sergeant Pepper; because he imagined that it might be a babe-magnet. He went to his local bar in Northside Dublin one night shortly after this purchase and was quickly sandwiched between two hard-chaws who told him it was foolish to come in there wearing a British Uniform. He tried to squeak out a counter-argument about the dominion status of Canada but wasn't stupid enough or yet drunk enough to make a fight about the difference. This wasn't two whole years after Bloody Sunday in Derry when men in British military uniforms had shot 28 civilian protesters, killing half of them. Even apart from that, the Republic was born in a mindset of neutrality because the Irish wished to differentiate themselves from Britland. Poppies were associated with British imperialism and those from Ireland who fought on that side in WWI were more or less written out of the easy-think history of the new country. 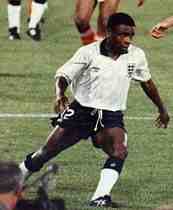 Ten years later, in October 1983, I'd gotten my PhD and was back in England after I landed a job in the Newcastle upon Tyne.  I don't remember anything about poppies, but I did decide, as an ostentatious display of cultural engagement, to go t St James's Park and support Newcastle United playing soccer. The NE of England was the most culturally homogeneous region of the country: Indians ran some corner shops or curry houses but almost everyone else was white. I stood on the terraces watching Newcastle take on Fulham. Fulham operated out of west London and on that day had a single black midfielder - it must have been Paul Parker [see L] It was like the men around me had never seen a Londoner black man before. Whenever that poor chap had the ball he was barracked and insulted from the terraces in the language of peculiarly potty-mouthed kindergarteners. I was shocked, but I lacked the moral courage to protest and take on this display of bad manners, and I didn't watch soccer again except on TV. I knew where jungle law [scratch us and we're primates] was more likely to kick-off and it wasn't with the chap whom those around me dehumanised as "jungle-bunny".

Whatever about before, after that I never imagined that the highest standards of compassion, inclusivity and fairness, let alone wit and originality, were to be found on football terraces. Tribalism, yes; passion, sure; excitement undoubtedly but really not good clean fun. And he we go again, it's November, and Jimmy McClean soccer star [RoI and Stoke City] is being Othered again [prev] for not having a poppy stitched on his strip. Whaaaa'? What have poppies got to do with soccer? Since I left the UK again in 1990, poppies have become A Thing in soccer. Not only the national teams, but clubs in the English and Scottish FA have started to sport poppies [R James Forrest wearing an arm-band in a breach of FIFA rules banning political statements or messages] in the run up to Remembrance Sunday. Not McClean, he's from the Creggan a Catholic district in ghettoised Derry. He was born 17 years after Bloody Sunday, and he grew up not knowing six members of his community because they'd been shot dead by 1 Para in 1972. It's just a matter of conscience, he sees the poppy as a symbol of imperialist aggression which thinks that the Irish, especially Irish Catholics, are untermensch who can be shot with impunity.

Others in this country see it as a politically neutral tribute to the unfortunate dead, who did their duty, did their best, and died anyway. We've recently heard from Sinn Féin Senator and former Lord Mayor of Belfast Niall Ó Donnghaile and Sinn Féin Presidential candidate Liadh Ní Riada. They both see poppy-wearing as a matter of choice and conscience and are not about to demonise someone, Irish or whatever, for wearing a poppy. To me that shows a commendable maturing of attitudes away from militant sectarianism and towards a "My rights end where your poppy begins" tolerance.  If my pal Eugene is still alive and still has his great-coat, he may get teased for looking a bit retro-dorky but he's not going to get duffed up as an Imperialist lick-spittle. If the shinners can accept this potent symbol as just a tribute to life's diversity and cultural relativism [I like my values, you like yours, let's agree to differ] [Fred and Ginger and Potatoes] then I think we are moving on in the Republic. Although to be unsmug scratch the Irish and they're as tribalist and intolerant as any other people. 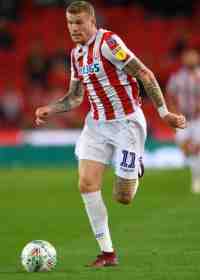 Across the water, not so much, is what I hear. According to one UK source, "if you don’t wear one (esp on telly) you are a traitor and a commie". You might read a Deadspin essay [Also useful comments in Mefi] on the Jimmy McClean set-to, which has the advantage of quoting the whole of his Snapchat slap at the poppy-wielding Stoke fans. The rest of the media just filleted out his phrase "uneducated cavemen" because they are too wet to deal with the following sentence "i am a PROUD FENIAN no c@#t will ever change that, so sing away". The English FA had a fit of the vapours at the hint of the c- word and chid the young feller to mind his language. Fighty McClean therefore rounded on the FA, denouncing them for tolerating 7 years of sectarian abuse to which he, Irish Catholic / PROUD FENIAN has been subjected since he stopped wearing their compulsory symbol. They'd be quick enough to object, he suggested, if a muslim or a black had been consistently abused in such hateful language. Some anonymous snapchat bravo has offered to tattoo a poppy on to the face McClean's wife; another group of 'ex-soldiers' threatened to kill him and drag his body past the cenotaph; lots of others have offered to publish his address, presumably hoping for torches and pitch-forks by proxy. Poor old poppy, so delicate and ephemeral; so inappropriate to use a bludgeon for thoughtless conformity.

And I promise not to ram poppy red text down your eyeballs again.
Posted by BobTheScientist at 07:30