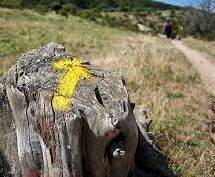 2021 is a Jacobean Year when St James's Day falls on a Sunday. It's an especially big deal for pilgrims and there will be a slightly more extravagant party than last year in Santiago de Compostella tonight. The last time I was there was 25th July 2004, another Jacobean Year, when I arrived with bloody socks and The Boy. We'd walked [following the flechas amarelas R]from the Portuguese border in four days. After the 2004 party, I trekked another 780km to the French border blowing off waist-lard in a cloud of carbon dioxide. I apologise for the consequent sea-level rise. But when the road finishes, the camino continues. 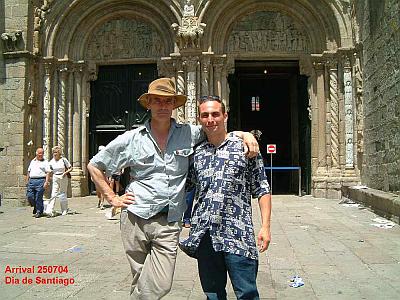