Digging through a pile of 2018 papers looking for an empty folder to start a 2020 project, I unearthed How to rebuild a forest. Much of the tenor of that essay is to "shut up and get out of the way", and rely on natural succession to restore the status quo ante {clear felling - earthquake - flood - fire -pestilence}. 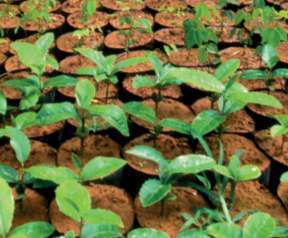 The worst possible thing you can do is futility planting where you and your friends spend time and money on planting trees with insufficient attention to soil, weather, tree species, pest species or shelter and, like, everything dies. I remember hearing James "Gaia" Lovelock express regret at planting 10 hectares of native English tree species in a corner of his Devon farm  / research station. Not because it went horribly wrong, but because the trees took and thrived and provided habitat and eventually fuel, tool-handles and milking stools. Lovelock beat himself up [gently - he's over 100 now] for the hubris of deciding what trees should grow on the land that he was borrowing from his children. Better to have let nature take its course; allowing the brambles and gorse to encroach on the field from the margins and provide shelter and grazer deterrence for wind-blown and bird-shat tree seeds to get their chance in the sun. By definition, naturally sown trees are the best fit for that corner of habitat. And they will modify the microclimate to suit as they grow up straight and tall.
Or maybe neither straight nor tall, these attributes make them useful for human projects and may be at variance with the needs and demands of the tree itself and the other species with which it interacts apart from Homo sapiens. Straight and tall is achieved by planting trees really close together, probably as a mono-culture, so that each individual fights upwards for access to light in competition with its neighbours.
Another strategy cited in the Rebuild essay is a compromise called nucleation planting. Here, the area to be covered might be too large to expect an efficient return from allowing it to fill from the margins. The re-foresters accordingly plant little copses of desirable trees - figs seem to be especially valued anchor species - and protecting, nurturing them. That gives the regeneration a head-start by greatly increasing the length of propagation edge; and ensures that the process is tilted towards species which will benefit the local people. Edible fruit, apart from figs, are key assets in this scenario.