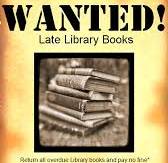 Prevlier on losing the ould marbles. Ireland developed a national library service just in time for The Plague Year. One of the features was that no library is going to fine patrons for the late return of a book. It's all part of a, somewhat desperate?, plan to encourage reading and book-borrowing. But we might suspect that there is going to be A Lot of shrinkage as Coronarama drags on and on. For example, I found a CD in the passenger door of my car which I had completely forgotten about . . . must . return . CD . to . library next time I'm in Tramore.

Library overdues is a perennial slow-news-day story on both BBC and RTE:

The other talking book I have in my car is Educated by Tara Westover. This is an edgy tale of The Other. When it came out in 2018, the narrative was all about how a girl, home-educated by religious fundamentalists, managed to escape from her family and get herself to college. As we run up to the US Elections, it gives a much clearer picture of the kind of people who are going to vote for another 4 years of ignorance at the top. For me, the most disturbing aspect of the tale is the casual violence within and around the family. It is easy enough to accept the distrust of reg'lar schooling, the self-sufficiency, the pride in place and, although bizarrely expressed, in family. Many instances of psychotic attacks by deranged relatives are really Out There and over any reasonable line normal people might draw. It emphasizes why social services are essential in this world of pain. There is so much in common between the god-bothering certainties of these regular church-goers in Idaho and their mosque-going fundamentalist dopplegangers in Isfahan that it is a wonder they aren't fighting on the same side. Then again, Robert Sapolsky's analysis of the neuroscience (and societal definition) of Other helps explain why we might choose to hate people who are just like us. There were places where I could only continue listening because I knew that she would survive to enroll in Brigham Young University. Read the book before you read the Grauniad review?