The Man wants to know an increasingly intrusive amount about our lives. And there is some push-back on that with "Whatever you say, say nothing" [Heaney]. Meanwhile we have sold our inner-most desires and instantaneous geographical location to FAGAM The Five Horsemen for The End of Days: Amazon, Apple, Google, Facebook, and Microsoft. This can be good: Dau.II tells me that you can pick the optimum time for coff-coff-crowd avoidance shopping with an App. That App is fuelled by millions of unwitting planktonic drifty-people whose smartphones are AlwaysOn. The clever engineer at Google who wrote the software to capture and process all that data was hoping to make money for The Man; the indirect benefits of covid-risk reduction as incidental.

But a rational, democratic society needs data to function fairly and efficiently and I would rather The Gumment had my data than FAGAM.
The Man needs to know when I was born for my pension to kick in this Summer;
The Man needs to know what I earn so that my taxes can help the dispossessed;
The Man needs assurance that my car is insured because . . .
I could go on, but perlease reflect on how much you think is appropriate to share. It's important! 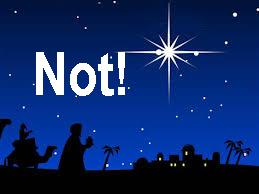 We don't need to go back 2020 years to the Census that brought the BVM to Bethlehem for a certain important delivery. Just 220 years to the first Census of population of the United Kingdom of Great Britain and Ireland in 1801. That was set in motion because of Malthusian concerns that the population was outstripping the food supply. But also to assess the available manpower to prosecute the Napoleonic Wars. They were a decade behind the USA where a decennial Census was mandated by the US Constitution: "Representatives and direct Taxes shall be apportioned among the several States... according to their respective Numbers... . The actual Enumeration shall be made within three years after the first meeting of the Congress of the United States, and within every subsequent Term of ten Years".

Those initial aims were to get a snap-shot of the head-count. But subsequent quants realised that the census could be used to plan for the future. IF you know that Termonfeckin has 20% more 1-year-olds than ten years ago THEN you had better start planning for a new school. Without data, resources will be allocated stupidly, unfairly and corruptly.

Round about Christmas last year, I urged you to join me in a crowd-sourcing data gathering exercise being driven by NUIG. It was really interesting, not least because it compelled me to get a true record =DATA of my week's sleep pattern rather than having feelings about the matter. That sleep survey was a trial of the methodology: the hypothesis [that reading in bed helps you get off to sleep] is not the point. Can we persuade 100,000 people to honestly record some aspect of their lives in a form that the data can be analysed to tell us The Way We Live Now. How much effort can we expect Joe Punter to put into such public participation?

The answer to that question is Not Very Much. Which brings me to today's gripe today. By the beginning of April the same NUIG team had decided on a set of questions which were important for developing an Evidence-Based Response EBR to Covid-19.  On 8th April, I got a msg from Dau.I, whose finger is on the data pulse, to take part in a survey:
The Corona Citizens Science project is a national anonymous online survey with the objective of developing an insight into how the Corona pandemic and the corresponding restrictive measures are impacting on people’s activities, work, school and childcare. With the results, we want to identify barriers people are encountering, how people are coping with the lockdown, how they are dealing with childcare issues etc. This information is important for the government to improve their response and will help planning for future measures in relation to COVID-19 and beyond. We’re asking everyone in Ireland to fill out the questionnaire on April 8th any time from 6am for a period of 24 hours. The aim is to report on the findings the next day.
Meeeeeeee! What's not to love about that? It took me 7 minutes and gave me a very important empathic jolt because IF the survey was asking about anxiety, domestic melt-downs, and separating warring kids THEN there must be people who were covid-coping a lot worse than privileged me. I sent the notification out to my whole address book including the Wexford Science Café and every Binfo in Ireland. That's a couple of hundred scientifically literate people. I got three "I did it" responses, which were all "I did it, TYFS". I doubt if the actual uptake was enormously greater than that. I know in my own immediate family that only 50% sat down and did the survey. I did admit to The Beloved that I could be a little less shrilly judgmental about other folks' priorities: maybe it's only comfy covid-copers like me who have the head-space to focus their attention on the social and psychological deficits of Coronarama . . . when the option is to spend those seven minutes savouring really refreshing covid-free coffee.

All told 100,000 people did respond on the 8th April; which is kinda mighty. Big Data means more, is more useful than anecdote. Red-C and Gallup polls ask about voting intentions from just over 1000 randomers across the country. That gives a predicted percentage by party of  X±2% which is accurate enough for the purposes. Polling 10,000 people costs 10x more but doesn't reduce the error to ±0.2%, so N=1,000 is good enough; an appropriate compromise.  Citizen Science can scale up because you're not paying a woman with a clip-board, the process cuts out that middle-man.

Two weeks later, on 22nd April, NUIG Citizen Science announced another 24-hour snap-shot survey on the state of the covid nation. The questions had been sharpened and polished by feedback from the first survey. And the results were published by RTE on Monday 27/Apr. The first output, which really made me tear my hair, is that the rate of participation has tumbled from +100K to 35,000. If people can't find 7 minutes in their day to effectively vote on how we want lockdown to proceed then they'll lose any agency in the process and may indeed find us all fucked-over by what the government decides for want of information. The second output shouts this: 10,830 people (32% of those who could find the seven minutes) have postponed a medical treatment or check-up . . . because we are privileging covid-19 almost to the exclusion of everything else. There are plenty of other ways of dying without a sniff of Covid-19.