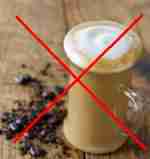 Big normal-sized day in The Institute last Tuesday. Our second year Sport Science students were in the concourse offering free health screening! No quite a free lunch, but if there's anything free, I'm usually all over it. The sporties were measuring height, weight, BMI = weight/(height^2), circumference of waist.  I don't need help to measure these parameters! And I never measure them except to note that my trousers are falling down. But they were also getting a snap shot for a) blood pressure, b) total blood cholesterol and c) total blood glucose which require kit and skill-set.

When I was young man, I carried a pack, and had really effective homeostasis for weight. My 18 - 30 weight was 11-and-a half stone, which is 160 lb or 72.5 kg. I could eat nothing for two days or polish off a sliced loaf at a sitting [provided a toaster and adequate butter was available] and the weight wouldn't shift. So much so that I stopped weighing myself; but then again I wasn't looking in the mirror either because I don't have that sort of vanity. Then, the Summer I turned 48, The Boy announced that We were going paragliding: "come on Dad, it will help the bonding". I flew to London, and we drove down to the Isle of Wight for a long weekend paragliding beginner's course. On the first day, our instructor was allocating the 'canopies' by asking each player how much they weighed. Obviously a horse needs a bigger wing than a rabbit. I knew I was no longer 11.5 st so added an arbitrary amonu for 'reality check' and said 12.5 st. The first day was mostly cavorting about in a field trying get the canopy aloft but when we started Day 2, the instructor pulled me aside and put me on the scale. "someone's been telling porkies" he siad and gave me their 13.5 st canopy - it was fetching shocking pink. Somehow, between 30 and 48, I had acquired 12kg of love-handles!!  That's 2 dozen packets of butter!!!

When Dau.I came back from England a year ago, she left some of her surplus kit behind in her bedroom including a little bathroom scales. I've never stood on them. Didn't want to know: knowing would not obviously lead to any change or action. Yet in the context of being a guinea-pig for students, helping them polish their craft, I'm the man! Well I knew already I'd lost a bit of weight [the half-mast pants is a clue] but it turns out that I'm now down to 72kg.  That puts my BMI at 24 which in the normal range. I won't exaggerate to claim that I feel 17 again. But that's great too: 17 was lovelorn, lonely and poetic. Let us all give thanks that we only go through that once.

The heading to this piece is a fib: it has been very little to do with the Starbuck's fashion accessory Grande Skinny Latte. Rather, it's a trib to myself for getting skinny late. Facing into retirement at a sensible weight will make it easier on my degenerating knees, and easier on my aging liver. It's all a bit unaccountable though - at the moment I'm putting it down to Taenia solium my resident tapeworm.