This month is the 800th anniversary of the promulgation of the Charter of the Forest [facsimile and transcript] by William Marshall, Earl of Pembroke (and a token handful of bishops) on behalf of the infant King Henry III who had just succeeded his father as king of England, lord of Ireland, duke of Normandy, Aquitaine, and count of Anjou. Henry was a boy of 10 years and needed someone to act as regent until he attained his majority. Remember that all folks grew up earlier back then - Henry V was having a near death experience in battle at the age of 16.  This is the same William Marshall who ordered the construction of the Hook Lighthouse on the Wexford side of Waterford Harbour. So he got around. 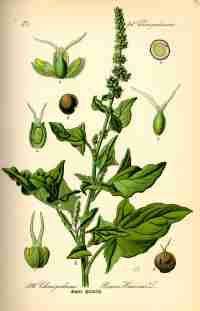 800 years ago is 1217 and the CoF is a sort of codicil to the Magna Carta signed by King John, Henry's father at Runnymede in 1215. Hindsighters hail the Magna Carta as the cornerstone on which the edifice of democracy was built but they should note that its terms were repudiated by both King John and the Barons who had compelled him to accept its diminution of the rights of the Crown, annulled by the Pope and ignored until the Baron's War ground to halt in 1217. Some of its clauses were reissued in the peace treaty of 1217. The CoF was added as a separate document to push back some of the royal creep of the acquisition of lands and rights by King Richard [the Lionheart] and his brother King John.  Note that 'forest' then had a special legal meaning as a special domain for hunting that was outside the remit of Common Law - a sort of private club where only the owner [usually the King] could play with his rich and well-connected pals - think Golf Club, another institution designed to keep the riff-raff at arm's length.

These two Charters were a long way from democracy as we have it today except insofar as both political systems protected the rights of the rich to get richer. The starting point of the CoF, what everyone agrees to be true, is what pertained in the reign of Henry II, [Good King Henry Chenopodium bonus-henricus above R] father of Richard and John and granbdfather of Henry III.

What's fascinating about the CoF is its insight into what mattered to people back in those days and the words used [full glossary] to define concepts that are now largely irrelevant. Not everything though: a cord of wood is a stack of branches 8ft x 4ft x 4ft as it is today wherever there are English speaking wood-burning stoves.  Here for example are some of the sorts of commonage:
turbary rights are still held across Ireland today; but the recently acquired respect for the planet is preventing owners of the rights from vindicated them by cutting and burning turf.. But nobody is allowed any more to keep a pig in the back-garden let alone take it for walks in the woods to fatten up on acorns.  The glossary is so rich and evocative of a time distant but still recognisable - especially if you have read any Thomas Hardy and tie string round your trousers legs under the knee to stop mice running up there.


Posted by BobTheScientist at 07:42