Let's hear it for Lily "Not Fair" Allen. I've just finished her [interim?] autobiography My Thoughts Exactly [Guardian review]. Which is a rather strange way to consume 6½ hours of an old buffer's time. Let me [hasten to] add I knew absolutely nothing about the woman except that she wrote "Chinese" and a rather sweet 2013 Christmas Song for John Lewis. Dau.I and Dau.II would have been the right demographic to be fans, but it didn't really turn out that way, so I was ear-wormed to Bell X1 and Coldplay instead.

Spending even 1 hour on the stories and reflections of an A-list celebrity pop-star might seem peculiar for an Old who was more of the Dylan and Cohen demographic, but borrowbox doesn't offer an infinity of choice and I was taken by the fact that it would be read by the authorial voice and that it was not fiction. Of course, truth is always filtered through our own perceptions and those perceptions may be clouded by emotional baggage and driven by our reptile brains. 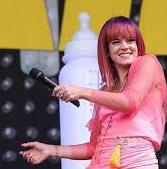 What I find engaging is that she can a) recognise that, say, her parents had their own issues and b) how that baggage caused young [and not so young] Lily trouble and damage while c) looking down from an authorial Olympus of detached interest, rather than bitter blaming. It's a bit schizophrenic, but for me it works.

We live in a cult of youth: young soccer stars, young pop-singers, young actors who are presented with uncountable piles of wonga and ungated access to sex, drugs, cars and bling. How to use these resources wisely or well is not covered in Home Ec classes in school. The young star is battened onto by host of creatures whose only interest is not actually killing the golden goose. Agents, accountants, backers, backing groups, chauffeurs, choreographers, coke-dealers . . . all want their cut and nobody can be trusted to give objective, disinterested, caring advice. No wonder so many go off the rails.

At the age of 21 Lily Allen brought out a chart topping song Smile, and for the rest of her 20s she was besieged by paparazzi and had lies told about her by the tabloid press. From the cosy comfort of their desks, journalists would sit in judgement on this young woman feeling fine about scrutinising and damning her looks, her weight, her friends, her clothes, her decisions and her parenting. But when there was an actual story about her being stalked by a paranoid schizophrenic with murderous ideation, the press was conspicuously absent / silent . . . because Allen as victim was harder to process than Allen as Bad Rich Bitch Person. At the same time, the police seemed to have perverted the course of justice in an ecstasy of of their own judgement. What? the press and police tied up in the same bag of shit? No, that can't be true.

Lily Allen's life hasn't been a bowl of cherries - more like Truffaut's 400 Blows: