Team Tim Harford's [multiprev] BBC R4 programme More or Less is back on air. Dau.II is a slightly bigger groupie for this Polish Your Crap-detector prog than me: insofar as she told me about the new season rather than the other way around. I gave her The Undercover Economist for her b.day last year and she returned How to Make the World Add Up for Christmas. Both books are excellent: they make you think. For us, this extrapolates; from the quirky examples that float through Harford's mind to think critically about the numbers that surface in ours. That's important, if you have a feeling for numbers [Landmark Numbers for example] then you are less likely to get flim-flammed or bamboozled by the black hats lurking out there to take advantage or innumeracy.

Calculators came on the scene in the mid-70s before that adding numbers had to be done with pencil and paper. But it could be done in your head if your pencil broke. In 1983, my colleague Rob Harper could accurately tally up long columns of figures quicker than they could be keyed in to a calculator. I think he'd worked as a child in the family corner-shop. It would a rare student from The Institute in the 2010s who do that; their instinct, even for simple sums like (28 + 47) would be to reach for a calculator - or their phone. And absolutely believe the answer generated, even if bonkers.

In the 02Jun21 episode of More or Less they summarized the results of a crowd-sourced problem: "How do you add 28 + 47?". There is no correct way but you might pause and reflect on how you do this task in your head. 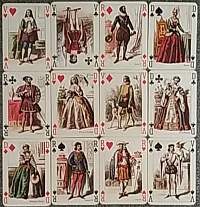 - * - * - * -I like that story a lot. It shows that there are [usually?] more ways of skinning a cat than drowning it in cream.  It pays if elementary school teachers are not too rigid in teaching methods [not only math: think phonics and other ways of teaching reading / literacy]. I suspect that some young minds will be more receptive to particular methods than others: and if provided with choice they'll get a better fit for what works.
Posted by BobTheScientist at 07:47