🎂 Hey, it's my birthday today. If the 🎂 is not sufficiently convincing, there is a birthchart. When The Boy turned 18, just a week after his sister Dau.I was born, I went down the offy and bought 18 different bottles of beer for a coming of age in Ireland appropriate present. Heck they were different times, I think I was probably driving with drink on board back then. I never drove hammered but we didn't adopt a rigid designated driver policy until nearer the end of the last century. Finding 18 different brands of beer in 1993 was actually scraping the bottom of the firkin as to availability. Now there will be at least 18 different independent craft brewers, each with multiple lines, to choose from. Indeed there are 16 such breweries beginning with B!

The wonders of the intebrew mean that everything is available and anything can be delivered to any door in the Western World. The Boy decided that it was pay-back time and shipped an International Craft Beer Hamper from Martin's On-line Off-licence: 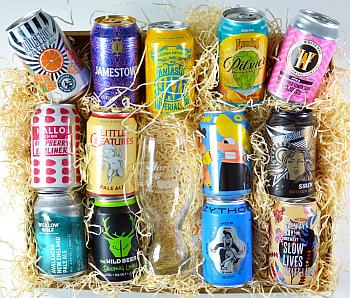 Looks good enough to drink! And comes with a single beer glass for Little Bobby Lockdown. It arrived yesterday morning by courier. I shall be wearing a purple-trimmed toga all day because this sort of thing became normal in the Decline and Fall of the Roman Empire . . . not the internet, of course, but the every wish and whim right now aspects of the transaction. Veni Vidi Bibi! 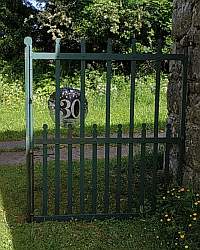 Now here's a wild thing [update 0930 17Jun21] a much battered helium birthday balloon was wind-caught on our front gate in the morning. I don't think it's taken 37 years to get to the right place; and when I was 30 we lived in a different country. I guess it's just the Universe indicating that she cares.