When Dau.I and Dau.II were 7 and 9 they played Stronghold, a real-time medieval strategy game, on the computer. Voices, in a variety exaggerated regional British accents, travelled through the house and "MORE wood is needed" became a family catch-phrase. Up until about 1970, wood was The engineering material across the world. Battens, beams, braces, chairs, floors, fascia, fences, gates, joists, lintels, props, purlins, rafters, sheds, shelves, sills, soffit, stakes, studs, table-legs, T&G flooring, trusses. Now we have a variety of other options for some of these uses in metal, plastic, and foam. But there is really nothing better for lightness, cost, ease-of-handling and strength than timber. Evolution has done some serious genetic engineering to make trees and their outspreading branches so wonderfully fit for function. With that-all in mind, let's wing off the other side of the World to Lord Howe Island, a sub-tropical paradise halfway between Sydney, NSW and Norfolk Island: 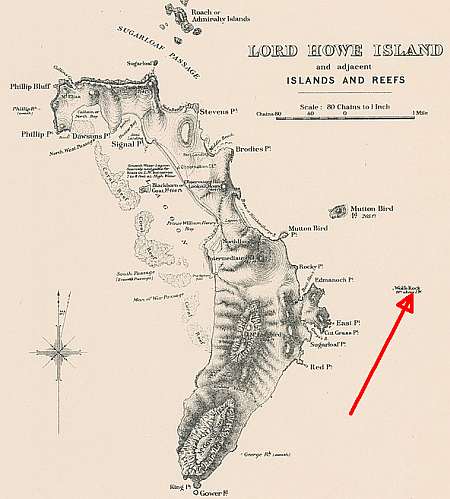 And, for gawd's sake pay particular attention ↗ to Wolf Rock, a tide-washed reef off the East coast of LHI. Zoom in: 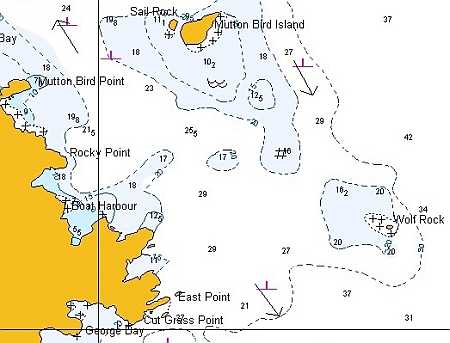 In July 2002, HMS Nottingham, a Type-42 destroyer of the British navy, was en route from Oz to NZ when she paused at LHI to allow her crew some R&R on the beach and also to airlift a critically sick sailor to hospital. On the evening of 7th July, a Normal Accident unfolded which ripped a 50m gash in the starboard side, flooded several water-tight compartments and almost caused the vessel to sink. The Admiralty report, which assigns blame to almost all the officers and commendation to almost all the crew, reads like a thriller and reminds us all to focus on what matters: which is not necessarily what causes most anxiety. A Normal Accident [multiblobboprevs] is what happens when a series of events, each comparatively innocuous, pile up on top of each other to bring disaster.

The weather wasn't great, and the ship was trying to depart from the anchorage and secure her Lynx helicopter, at the same time, in the dark. The helicopter was being secured because it had just returned to the ship with the Captain who had been ashore on a courtesy call. With the Captain away, the remaining officers failed to delegate the several tasks needed to get the shop safely out to sea and, fatally, several assumptions were made about the involvement of other personnel in the cascade of tasks that needed to be executed. The Officer of the Watch was, for example, "petrified of damaging or losing the Lynx helicopter". For far too long, for any ship under weigh in an unfamiliar anchorage, nobody thought to consult the admiralty chart on the chart table at the back of the bridge to establish the shop's position w.r.t. known hazards like Wolf Rock; and nobody took any soundings to establish how much water was under the keel. These data were especially important as there was a 500m error of estimate in the location of this obstruction. It didn't help that the Navigation Officer had to swap between 1:150,000 and 1;25,000 scale charts and that someone had drawn a pencil line across the small scale chart obscuring the Wolf Rock hazard.

At the last minute, two of the deck officers spotted a patch of white right ahead of the moving ship and did other, seemingly important, things rather than take evasive action. Ten minutes after the Captain stepped down from the helicopter there was an ominous >!krunk!< and the ship was brought up all standing on the edge of Wolf Rock.

Whatever the deficiencies in experience, navigation and ship-handling by the officers, when disaster struck, the crew jumped out of their bunks to emergency stations and acted in consort to save the ship. "The HQ1 C2 team was calm and decisive throughout. Equipment and manpower resources were well managed and the Marine Engineering Officers' performance was particularly noteworthy as was that of several of the senior rates at FRPPs [Fire and Repair party Post]. Both CMEM(M)s [Chief Marine Engineering Mechanic (Mechanical) as opposed to CMEM(L) ditto ('Lectrical)] provided top quality advice and help with shoring. Many junior rates commented on that their presence, leadership and good humour provided re-assurance in a difficult and dangerous situation and confidence that the ship would survive".

As illustrated in the damage control video I flagged on Sunday, there are no modern technological solutions to deal with water fire-hosing into a ship through a gaping hole in the side. Timber, wedges, mattresses and tarpaulins are still the tools of choice.  The first step is to stem the ingress of water from outside the hull; then the water inside the ship needs to be contained by water-tight bulkheads =walls]; simultaneously or asap the water needs to be pumped out until the water level is at least at a steady state. Water weighs in at 1 tonne per cu.m. and seamen wouldn't trust the integrity of the bulkheads against such a press of water, so they tend to shore them with baulks of timber wedged against something immovable.  Type-42 ships are inventoried with 75m of shoring timber but this was hopelessly inadequate for such a major structural insult. The Royal Australian Navy was able to supply an additional 200m of timber immediately but even this was only about half the final tally (500 m!!) for holding the ship together and above the surface.

HMS Nottingham would have been beyond economic repair but for the fact that she had been refitted and upgraded just 18 months earlier. The Admiralty accordingly spent £39million to fix her up for another 6 years of useful life before she was decommissioned and sold for scrap in 2011.

Island Index
Posted by BobTheScientist at 07:40