It's Bloomsday, as it is every 16th June, lots of events going on in and around Dublin. Leopold Bloom was a bit of a card "Most of all he liked grilled mutton kidneys which gave to his palate a fine tang of faintly scented urine. Kidneys were in his mind as he moved about the kitchen softly, righting her breakfast things on the humpy tray. Gelid light and air were in the kitchen but out of doors gentle summer morning everywhere. Made him feel a bit peckish.”
It's also Barbara "Transposon" McClintock's bday today. Though she be but little, she was first: 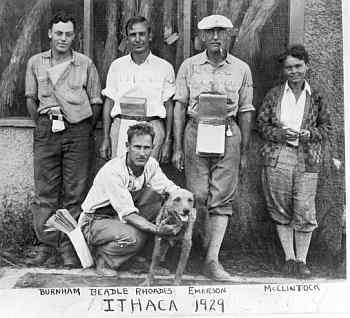