In my hats-off to Murray Gell-Mann, I cited his ability to disconnect his crap-detector when surfing the media into realms outside of his expertise. I'm the same, I'm institutionalised in the cocoon of The Patriarchy and largely incapable of seeing, let alone appreciating, the creacle [new coinage! portmanteau of crap and treacle] through which women, blacks and BLTs try to make daily progress. Institutionalisation make you credulous <duh, seems good to me Barney> and, frankly, stupid. Gell-Mann amnesia is attributed by Michael "Andromeda Strain" Crichton - or for those younger than me Michael "Jurassic Park" Crichton = same guy. Actually Crichton is much more than those books-which-became-films. He was born in 1942 and grew up smart, wrote a lot and got into Harvard to read Eng.Lit. Suspecting one of his English professors of being unable to judge quality, he plagiarised an essay by George Orwell and submitted it under his own name: it merited a B-! This exposed the subject nature and inherent unfairness of grading in America's premier academic institution and Crichton switched majors to biological anthropology in the, probably vain, hope that the Science Faculty would be more evidence based. He graduated summa cum laude [=smarter than a bag of weasels] and then went on to finish Med School.  All the while he was writing, and publishing books "for furniture and groceries", and eventually - Andromeda Strain - hit the bigtime and could hang up his stethoscope.

All that scientific training has informed his speculative fiction, allowing him to extrapolate from what we know to what might be. But he also is on record as saying that all predictions of the future are so much baloney; even if it is put out by a famous newscaster or a demonstrable expert in the field. This is where he cites Murray Gell-Mann: Media carries with it a credibility that is totally undeserved. You have all experienced this, in what I call the Murray Gell-Mann Amnesia effect. (I refer to it by this name because I once discussed it with Murray Gell-Mann, and by dropping a famous name I imply greater importance to myself, and to the effect, than it would otherwise have.) Much of that essay [read it!] is written in a similar sardonic, skeptical tone. For me it is far too monocrome to say that all predictions are nonsense. The forecasters ar Met Éireann are pretty reliable unp to about 4 days. Beyond that chaos impinges. The Green Surge predicted from exit polls was just enough to secure Grace O'Sullivan [Ireland South], but not Saoirse McHugh [Ireland Midlands NW], a seat in Europe. O'Sullivan's fortunes went up and down as candidates were eliminated and their votes redistributed - a nail-biter for her and her supporters 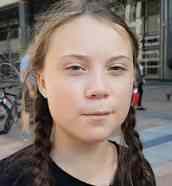 Crichron is also on record as a climate change denier: cuing in on a study in Science that showed the Antarctic ice-sheets were building not melting. Current poorly-informed, but strong-held, opinion about anthropogenic global warming puts paedophilia, insurance fraud [most recent case "to pay for her own funeral"] and climate denial in the same unpeakable cad box.  The politico-media establishment was recently in a self-righteous knicker-wringer about Maria Bailey TD's false insurance claim. We've all had a snigger at the unfortunate woman who fell off a swing while clutching two bottles of alcohol and then claimed the hotel where the accident happened was negligent. But it seems that making a false or exaggerated claim, recoverable by insurance, is widely perceived as a victimless crime or a legitimate redress depending on how badly you've suffered. Michael Crichton's position on Ice Sheets was founded on the peer-reviewed scientific literature but nevertheless was denounced as culpably unhelpful to dealing with the crisis. Crichton also develops idea that the media is fuelled by crisis - the ordinary is never published and if it's a slow news day a crisis will be HEADLINED even if the small print says nothing really to see here. News is a commodity after all. I've taught environment science including ozone layer, methane and carbon dioxide but I certainly don't think I'm qualified to say how much of Miami will be dry 20 years from now. I am, however, skeptical when everyone is singing from the same hymn sheet. Whoa! that sounds like a religious metaphor.  Which is entirely appropriate given how we are turning for guidance to St Greta of Thunberg [R] in the same way as France looked to the teenaged St Jeanne d'Arc to help them through their 15thC existential crisis.

Speculation is perfectly all right, but if you stay there you've only founded a superstition. If you test it, you've started a science. -Hal Clement, science fiction author (30 May 1922)
Posted by BobTheScientist at 07:36