The smell of death

My dog's got no nose!
How does he smell?
Terrible!
We're wrapping up the academic year at The Institute and I had to schedule an extra session for my 1st Year Cell Biology class. In the regular class they had been finding bacteria on their hands and on the lab bench and fewer bacteria after the hands had been washed and the counter-top swabbed down with alcohol. Classic case vs control science. We had a brief discussion about the fact that there were clearly different sorts of bacteria out there and on the petri-dish: that one is 2mm across and yellow, this one is twice the size and powdery-pink. One of the kids was paying attention but, suddenly and disconcertingly, she whipped the lid off one petri-dish and sniffed the surface.  That was such a surprise, because most students have a fit of the vapours if they smell aNNything. You have a career ahead of you as a wine-taster, I quipped.  If you do it often enough (two or three trials in plenty) you can distinguish Escherichia coli [sweet with a hint of vomit], Bacillus subtilis [a whiff of socks and ammonia], Streptomyces [wet earth after rain] and Pseudomonas aeruginosa [grapes and corn-chips]

The brilliant polymathic Richard Feynman had a party trick in which he'd leave the room after asking one person in the group to pick a book off the shelf and leave it on the table. Feynman was reliably able to sniff the hands of all the people and the book and identify the perp.  He maintained that, although bloodhounds are really good at following specific scents in a welter of conflicting signal, humans are not so bad themselves.  We don't have as many olfactory receptors as dogs but its only about 20% fewer rather than half the quantity.  Being a wine- or tea-taster is trainable but a genetic predisposition helps. 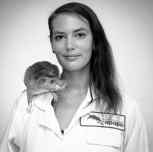 Because things always come in Threes, last week's Futureproof on the wireless, was talking about smelling rats. They were interviewing Haylee Ellis [L with rat] from APOPO, a Belgian NGO, that works in the Third World. APOPO is an acronym: Anti-Persoonsmijnen Ontmijnende Product Ontwikkeling or Anti-Personnel Landmines Removal Product Development for those who can't manage de Vlaamse taal. Clearing mines is clearly a Good Thing, much better than developing psychotechnical fix for people who have lost a leg because the mine wasn't cleared. I talked before about bio-degradable land-mines as a partial solution and an ethical maelstrom. Why do ALL the personnel at APOPO have rats on their shoulders? Because the giant aftrican pouched rat Cricetomus ansorgei is their bread and butter.  Bert Weetjens, the founder of APOPO, had pet rats when he was a boy and was impressed by the acuity of their sense of smell and their trainability. He had the idea that they might be used, like dogs, to recognise the smell of TNT and scurry about a blighted landscape pausing over buried mines and waiting for a foody reward. They are cheaper on the upkeep than dogs and also lighter (1-1.5kg), so they are very unlikely to go up with a boom in the course of their work. The alternative to sniffing the things out is to use a metal detector, but this turns up false positives (coins, nails etc.) and puts a human operative directly at risk,  A single rat can sweep 200 sq.m in 20 minutes as opposed to a punitive 4 days with a metal detector.  The monstrous effectiveness of land-mines is that they are invisible and can deny territory by mere suspicion: only 3% of suspected mine-fields actually have any mines.  For every mine detected, the clearers have to carefully cover a helluva lot of territory finding nothing. You need a special sort of patience and dedication to do that work, quite apart from the danger-money.

They want to be careful not to let these diminutive work-horses escape as you schlep them all over the world to clean up the aftermath of bitter internecine feuds. C.gambianus is an invasive species in Florida, because like the lionfish Pterois volitans off shore, some imbecile released their pet rat into the wild. It is probably implicated in the introduction of monkeypox to the USA where it is now endemic in prairie-dogs Cynomys spp. I guess that's especially important for Cambodia where APOPO has operations; less so in Angola, Mozambique and Zimbabwe where the mine-rat is already present naturally.

Someone in APOPO then had the brilliant idea to have their rats sniff out Mycobacterium tuberculosis the causative agent of TB. TB, along with malaria and HIV/AIDS still kills an astonishing number of poor black people every year and early diagnosis is important for successful treatment. This is traditionally carried out by microscopic examination of a sputum sample. There is a likelihood of a false negative, especially if the concentration is low. But M. tuberculosis gives off a distinctive odour [beer, some say, or tar], which even people can smell if the disease is far enough developed. Cricetomus ansorgei can be trained to pick up minute quantities of the distinctive volatile molecules and pause over vials containing infected samples.

How clever is that?
Damned clever!

Posted by BobTheScientist at 06:53