I wouldn't call me a polymath "a person of wide knowledge and learning" but my expensive butterfly education allows me to flit here and there gathering nectar - poly-hat might do. I put on my Arts, Culture and the Gaeltach hat last night and invited myself to the local launch of Creative Ireland in Wexford County Hall.  Creative Ireland's Director John Concannon came to give us the sales pitch: the government has allocated €20 million to promote the Arts and Culture, especially for young people, over a Five Year Plan [nobody is to think Stalin!] 1917-1922. Whoa, deliberate 100 year error there.  If the government found a spare €20 million back in 1917, we wouldn't be where we are today. Nobody explicitly specified whether that €20m was to be a budget item - €20m a year for five years (that being the implication) or if it was to be dribbled out at €4m a year across the 26 counties of our blessed republic. If the latter, which I suggest is the most likely interpretation, then the plain artists, craftists, dancers, Ac-Tors and potters of Wexford will be sharing €150,000 this year. As there were 200 creative people in the room, that's not very much each.

ANNyway, 200 people need 200 seats and these were ominously arranged around 25 tables in the foyer of the rather lovely new County Council Offices, built recently on a greenfield hill over-looking the River Slaney. Each table had a sign-in sheet and a stack of brochures. We knew we'd be expected to work for our dinner. Dinner? did someone mention free food? I was a graduate student once and never refuse free food. Menu: chipolata sausages, mini-pizzas, chicken goujons, and micro spring rolls. You'd think a really creative events manager would have sourced little bowls of colcannon or boxty. Things started with an introduction by the Heritage Guy ?John Carty? for Wexford CoCo who explained that Creative Ireland fell out of the celebrations last year for the Centenary of the 1916 Rising. Everyone felt smug thought that went really well, so money was found from the Taoiseach's back-pocket. Mr Heritage went on at some length about his son, part of the diaspora in Australia, who still thought himself and his children were Irish. And there's the beef, in most people's head Irish Culture is still locked in the past - a past of British oppression and dancing at the cross-roads. The people in Australia, Chicago and Boston are still defining Irish culture for us - 300 years of Tory mis-rule, tin-whistles, GAA, and Seamus Heaney. 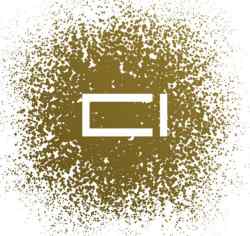 John Concannon, after being fulsome in his praise of Minister of the Arts Heather Humphries, gave us a race through the programme and its aspirations - the power points had a lot of creative busy transitions and every spoken word was subtitled in the Irish. It's not all relentlessly retrospective: someone has put coding [bloboprev] and anime down for Things To Do. But nobody mentioned coding in their table report [whc see below], so quite possibly it ain't gonna happen. The Two Culture, Arts v Science, divide is here and now. We were all, table-by-table, then put to discussing a) what Creative Ireland meant to us and b) how that could be best implemented in County Wexford. These deep thoughts were to be captured on A3 sheets and then summarised by each table's rapporteur.  20 minutes in buzz-group mode and then every table started saying the same things. I'll be very quick, they said, and then they weren't. Some telling points bobbed up like currants in a thin gruel: that Concannon was, in the foyer last night, preaching to the converted and we should all reach out to the farmers and office-workers who just didn't do art but could . . . and maybe should.

My cynical interpretation of the logo [above L: note the CI for Creative Ireland] is that creative people [the milling dots] are going to be corralled into a very narrow view of what constitutes culture and creativity so that the Wexford Opera Usual Suspects get all the money. My minority report is to look forward and not look back. If we are going to shunt most of this money towards the children of Ireland, and that is the intention, then we want a creative future. In particular we want to embrace multi-cultural Ireland, so that in 20 years time, when today's kindergarten is in college, we'll be nibbling kielbasa and le boudin noir. Je m'en fou des chipolatas.
Posted by BobTheScientist at 07:22