Whom do ye think you be? 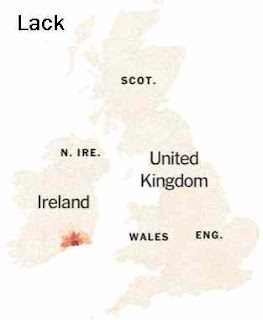 Who said a good PhD didn't land you a dream job? Certainly not Joshua Katz, in 2013 a graduate student at NCSU (North Carolina State University) who made some lovely English dialect maps for the USA. You say pop and I say soda and I'll fight you for it because you're wrong. He now works for the NYT and has put out a crowd-sourcing information gathering tool, especially for those who learned their English in the WEA. You really should do the test - it's really fascinating for a mongrel like me with i) a Scottish granny, born in Limerick who lived all her adult life in Dover ii) a father born in London in 1917 and raised in Dunmore East, Co Waterford iii) a list of domiciles longer than will fit on a Garda Vetting form. Katz's software, built on 73,000 [and rising] contributors, smoked my Dover connexions quite clearly [see below], despite my habitually using Irishisms like skanger and eejit. I don't use 'lack' for girl-friend [as in the very focussed map [R] despite my father's Waterford credentials.  Yere's me: 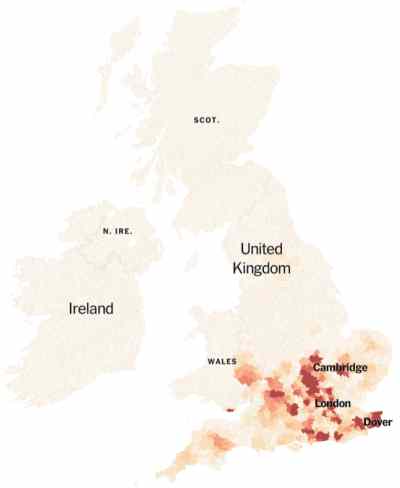 It's really as if I hadn't spent the most recent half of my life in Ireland. But then again, language has quite a bit of inertia, it's hard not to use the slang and curses which you learned at school. 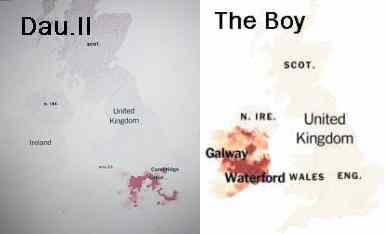 By comparison, The Boy was born in Dublin, left a year later and didn't return until he was 14. Despite 7 of those years being spent in Newcastle upon Tyne, his language is distinctly and surprisingly Irish. Living the most recent ten years of his life in England has had no impact whatsoever. Dau.II [and her sister] was born in a draughty farmhouse near Dublin Airport, she grew up on a different farmstead in the rural hinterland of Leinster and left home to live in Cork City Centre just before she turned 18. Despite this she [above L] speaks middle-class southern [England] received pronunciation. It must be because she didn't go to school but spent all her minor years sleeping in an outhouse, except when she was compelled to clean out the chicken-shit or carry buckets of feed to the sheep in a remote field. That, or the binge-watching of boxed-sets of Kenneth Branagh.
I've sent the link (which came to me from Dau.II) to my brother and sister in England. We grew up in the same highly peripatetic household but have lived all our adult lives in different counties /countries of the WEA. I'm really interested to see how similar our sib-dialects are.
Posted by BobTheScientist at 07:44