It has been a mad week for visiting celebs at The Institute. On Monday we had the Minister of Omerta, about whom I can tell you nothing. Wednesday was Volunteers Day  which  brought a number of Do Good organisations out of the woodwork and into the main concourse to drum up support among The Youth. The day was spear-headed by the Pres of our Student's Union and Father Trendy, our long-haired and affable ecumenical Pastor. 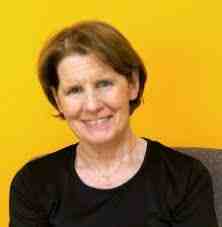 Between the two of them, they managed to bring Sr Stanislaus Kennedy of the Irish Sisters of Charity down to address the Voluntariat at 11.00am. Last year, they brought down Fr Peter McVerry and I was inspired by him too. By great good fortune, I had a clear window in my busy Wednesday schedule at that time, so didn't need to cancel class. Everyone has heard of Sr Stan, but a smaller number have heard her speak at length about the history of social justice in Ireland. In a sense that history is herstory, because when took her vows in 1958 aged 18 there were no state social services except unemployment benefit. If you were homeless, abused, deranged, alcoholic, foodless, friendless or just plain poor, you were on your own unless someone took pity on you and brought you to hospital or The County Home.  Regrettably the main source of such charity was the Catholic Church and strings of dependence and humility, not to say humiliation came with the territory. The deserving poor were looked after by the patriarchy so long as they didn't transgress the rules; especially the rules about extra-marital sex [see Magdalen Laundry etc.]. 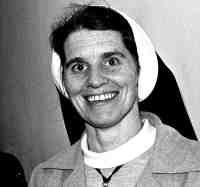 With the encouragement of her boss Peter Birch (the Catholic Bishop of Ossory, the top prelate in Kilkenny) young Stanislaus started changing the invisible certainties of those dark days. Bp Birch had attended the Vatican II confab in Rome in the early 60s where he met and was influenced by a clatter of Liberation Theology radicals from South America. These people stirred a generous handful of Marxist dialectic into the gruel of the Church doctrine believing that they owed a greater duty of care to the dispossessed than to The Man and the status quo. Bishop Birch encouraged and helped finance the natural inclination of young Sr Stan [L looking ever so slightly unhinged?] to do the right thing. . . . She set up the first Meals-on-Wheels system in the World for poor lonely old people. The same building housed a laundry run by volunteer students to save pensioners from sudsing their sheets in the kitchen sink. Not all the laundries of the day were judgemental abusive hell-holes for sinners   [see Magdalen Laundry etc.]. Then she moved into mental health and mental handicap provision: setting up Ireland's first special needs school and a workshop for the disabled  integrated with the now multimega Kilkenny Design shop.

After 20 years a-growing in Kilkenny she moved to Dublin where there were a lot more homeless people to succour. A transformative event was when she went and spent a year hanging out with a group of homeless women, living their life and giving ear to their stories. Even the existence of homeless women was incredible to the hierarchy (and indeed most people) because they didn't fill the imagined demographic. Homeless people were men with a drink problem, not women with a poverty problem or a thumping husband problem. Something that Sr Stan has learned along her difficult path is that most people, most of the time, cannot see the problem until someone provides a solution. Then they are all over it: contributing their time, their contacts, their celebrity, their money. Last Friday, for example, the rich and famous were paying for the privilege of spending a night of the streets at the annual Shine a Light Gig. But when Sr Stan really needed support, when she wrestled with the intractable, ghastly nightmares of inequality, inequity and iniquity . . . then she was on her own.

I have expressed my reservations about The Voluntariat. I can't quite sit comfortable with the idea of spending €2,000 for a week on the Camino de Santiago under an arrangement where half your money goes to Focus Ireland and half to self-indulgence. The transaction feels wrong because I've shed fat and certainties while I trudging across the high plains of La Meseta Central under a broiling sun [and on a lot less than €130/day] . Here's a thought, give all the freakin' money to Focus, leave your baggage [actual, metaphorical and cultural] behind and walk a transformation in yourself. At least, this Camino wheeze makes no pretence about doing good out foreign, Voluntourism [n. Shipping white folks to the Third World where they get in the way because they bring a lot of cultural baggage and no useful skills] is worse.

Focus Point, which developed into Focus Ireland was her first big project in Dublin and it grew directly from her experience with those homeless women. Focus may not have been able to find homes for everyone who came through the doors but it did provide a welcome, a nice cup of tea, loads of advice and a civilised meal at rock bottom prices. You couldn't get a bowl of gruel at Focus Point even if you asked for it and the soup came with croutons - because everyone deserves croutons. For the dispossessed, money is much less important than to be recognised as a man and a brother; unless you prefer to be recognised as a woman and a sister. Sr Stan voted Yes on Marriage Equality in 2015, so I guess Focus will endeavour to recognise you in your essential self, in all its current diversity. That is not the same as applying a label with a box on it for ticking.

Focus was about the homeless, and when the urgency of that problem abated, Sr Stan saw that immigrants were similarly getting the bum's rush, so she set up ICI the Immigrant Council of Ireland to look at some of their problems but only through the eyes of a pragmatic, useful and compassionate solution. But see also Nasc. In 1998, Sr Stan acquired a 1/5th of a hectare of land on Stanhope Street to set up The Sanctuary, an ecumenical place of stillness [R a glimpse of the garden] in the heart of the bustling city. Why, The Beloved ran sat a Mindfulness Session there a tuthree years ago because The Sanctuary encourages that sort of thing.

Heck-&-jimminy, any one of these ventures would secure Sr Stan's place in paradise and her responsibilities to so many organisations could get to be either an empire or a burden. But, like myself, she believes in retire early and retire often. She has retired from each of her extraordinarily creative domains in turn lest it grow into her own shape . . . and no further. By handing over the reins to another person a new dimension of possibility, previously invisible, is created and allowed to develop.

For me as a scientist, a final really important revelation from her talk is how much Sr Stan and her organisations are committed to evidence. If they secure any money for payroll, one of the first hires is often a researcher to find things out - as they really are; which is rarely as they should be; or as we complacently imagine them to be.

Footnotes on invisible certainties.
Posted by BobTheScientist at 07:40