So long and thanks for all the stamps 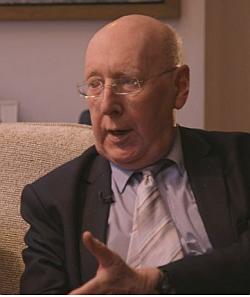 We were a bit piano at home last night because Dau.II had noted an obituary in the Guardian announcing the death of Clive Sinclair [R in 2013] serial entrepreneur and quintessentially English boffin. I've written about the impact he had on our lives Sinclair is an easy target for ridicule: hopeless with people; over-ambitious; other worldly; but he created work for hundreds or people and empowered and entertained 100s of thousands of people. Carping with 20/20 hindsight is waaaay easier than having an original idea, capitalizing and implementing it and bringing it to market. So the electric clog didn't have a radio and couldn't fly: it was an electric vehicle two decades before the know-it-all gripers had thought about climate change. Other people could have built on or leap-frogged the basic idea and saved the planet from millions of gas-guzzling cars . . . but no, we all agreed the C5 was <ha ha ha> ridiculous. And the share-holders and managers at GM and Ford and Nissan rubbed their hands all the way to the bank.

I noted before that Clive Sinclair took a punt on The Beloved when the temp agency sent her to help with the filing and typing. She was indeed crap at typing but is and was a natural organizer and soon had systems streamlining the work of head-office in Cambridge. When she was interviewed, she noticed a photo of The Boston Office on the wall behind the manager's desk. With commendable chutzpah, she asked if she could be transferred to the Boston Office. They asked her to work out her probationary hire period first, hmmm? I was at the time in grad school in Boston, her trans-Atlantic transfer would have immensely simplified our lives.

A couple of years later, though, she'd had enough and said that she was going to leave Sinclair Inc. and go to Boston anyway. The company was much bigger then and she had grown with it to become an asset. Sinclair asked her to wait a week until the manager of the Boston office was back in Cambridge. That interview suggested that something could/should be worked out and The Beloved was promoted to Customer Service Manager North America; to start in 2 months time.

So it took a while but it worked out very well for all. The Company acquired An Effective; The Boy got to experience three years of the US school system; The Beloved accumulated a lot of airmiles going to Geek Conventions; I got promoted from a basement to a semi-basement with a proper bathroom and kitchen. In 1983, we all moved back to Europe when I got my first academic job in U.Newcastle. The Beloved and Sinclair kept in desultory touch because they both had a bit of a pash for W.B. Yeats.

I shall be telling this with a sigh
Somewhere ages and ages hence:
Two roads diverged in a wood,
and I —  I took the one less traveled by,
And that has made all the difference.
Not Yeats - Robert Frost
Posted by BobTheScientist at 07:16