Years ago, after the Internet but before the WWW, there were Usenet News Groups where folk with similar interests and obsessions could come together to compare notes. It's where someone on rec.arts.books flagged for me The Lost Continent, Bill Bryson's first and funniest book. I made some contributions about maintaining dirt roads, the coexistence of chickens and orchards, what I read in my Summer holidays.

I was asthmatic before it became ubiquitous - first attack 1956 following a temper tantrum about having to leave Duncannon after a week of sand and chilblains. There were no meds back then and I survived, until as a teen, I grew out of it. The Boy inherited that predisposition and had a near-death experience when he was 15. After that I took asthma [a bit] more seriously. Asthma and Usenet came together then and I used to lurk about the alt.med.asthma group. My only contribution there was to suggest that there might be some merit in The Buteyko Method of managing asthma through breathing exercises. Well! you would have thought I suggested roasting asthmatics on large bonfires. There was a shrill push-back from people who were wedded to their meds: if I don't have my inhaler charged at all times I . will . die. I was conflicted because I was alive . . . but the boy had been seriously ill,  without medical asthma intervention.

This see-saw between meds v. cure-thyself came whooshing back when I read a balanced piece by Devon Price about neurotransmitters, character, mental dysphoria and external impacts. It was flagged <surprize!> by MetaFilter. From Big Pharma's viewpoint, a great med is one which is prescribed for many forever. Statins, for example. This is supposed to be the argument why no MegaPharm financial controller is going to fund a search for novel antibiotics: there's not enough $ugar in a drug which is used for 2 weeks every decade.

I've known one case where the anti-psychotic Olanzapine gave an elderly raving relative a short-sharp shock that brought them back to earth and in a happier place. But it took a pro-active daughter to review that elder's daily pharmacopeia and get Olanzapine removed from the menu by increments over a few weeks. So far, there has been no relapse.  There is, accordingly, an argument that medication can be used, a bit like electro-convulsive therapy ECT? to reset an internal clock. The downside is that the homeostatic feedback of human physiology will, under some regimes, fight back against intrusive meds so that the dose needs to be eked ever upwards. And in any case, your body is not my body and our set-points will surely differ. It is important to work actively with your GP to get the dosage balanced to maximise benefit while limiting the wearing side-effects: headaches, constipation, tremors, flatulence, flushes, more headaches. 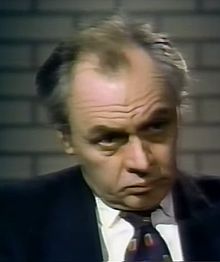 My contribution to the Metafilter debate assumed that there were few in the forum who had a stake in mental illness and were old enough to remember RD Laing [R looking baleful]: Interesting. It's helpful to tease apart proximate [mechanistic, neurotransmitter] causes from ultimate causes. RD Laing is 32 years dead but he tried to shift the the angle of attack: "Insanity - a perfectly rational adjustment to an insane world." and "A child born today in the United Kingdom stands a ten times greater chance of being admitted to a mental hospital than to a university ... This can be taken as an indication that we are driving our children mad more effectively than we are genuinely educating them. Perhaps it is our way of educating them that is driving them mad."  RD Laing talked a strong line about medicalizing the neur-atypical and had a more holistic view of how society impacts on the vulnerable. In an ideal world, some of the money which is currently floating champagne parties in Pfizer, Glaxo and Bayer would be diverted to therapists, counsellors, down-with-drink campaigns and . . . house-builders. But my woofle is less informed and thoughful than Devon Price here.
Posted by BobTheScientist at 07:33