Kindness, that's the thing! Play nicely; don't be so competitive; say thank you; give credit. At The Institute I try to recognise the difference between ignorance and stupidity and rein in my teaching colleagues when they seem to fail making the distinction. There's a whole lot of things my students can do that I can't: swipe left; drink prodigious quantities of bottled water; run for a bus; know who killed Eddard Stark. Thinking they are stupid because they don't know how π is represented in Excel [=pi()] is a serious failure in empathy. Getting angry about it is a serious failure in teaching practice - and inefficient. Years ago in Boston my pal Ben worked at a teacher training college in Cambridge MA. I went to visit him one afternoon and was struck to see blindfold students being led around the Campus by their lab-partners. They were trying out what it was like to be blind, so that they would be better equipped to deal with visually impair students in their work. That seemed like an excellent idea. 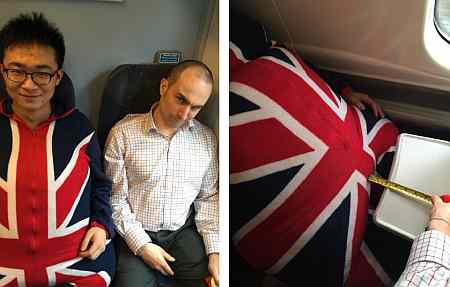 When My Son the Railway Engineer MSRE did his M.Eng in Birmingham at few years ago, he led project team investigating The Big Problem and its solutions. Recognising that obesity is a growing problem in the over-eating West, they made a Fat Suit and took turns to see how girth impacted on access to seats, toilets, passageways and doors in trains. Engineers design things so that they don't fail but they found that designing for over-weight was more than putting stronger legs on the seats.  But I think that the main outcome from the project was about designing railway cars to fit the current reality rather than getting 6 fit young people to reflect on what life was like for 150kg people (although that was A Good Thing).

Recent on MeFi: inclusion when designing and operating public spaces.

I am talking large at work about my impending retirement - my ice-flow is ordered for 31 August 2020 - and the standard response [*footnote] is that my years of experience [and I guess the very expensive education] are worth a lot in the teaching profession. Yes, yes, I counter, but our students also need a more identifiable, younger, fitter, role-model than Grampa Bob. I tell ya, the deficits are piling up - mostly sensory than motor. I still run up the stairs; chop onions and firewood; and wrastle with sheep. But I can't read without spectacles; I frequently ask my students to repeat what they just said and I miss a few jokes that way. It's not going to get any better, and I look forward to documenting the increasing decrepitude in a new blog:
I was talking with Dau.II about how design - in electronics, food packaging, hire-cars - is often too clever by 'alf for ordinary people. She suggested I scope out the AGNES [Age Gain Now Empathy System] Project in MIT which allows designers, lawyers, police, healthcare professionals, shop assistants and teachers [at least] to experience what it is like to be old [Agnes homepage]:

"Last scene of all, That ends this strange eventful history,
Is second childishness and mere oblivion,
Sans teeth, sans eyes, sans taste, sans everything".
Actually she suggested I check out The Try Guys experience having their faculties handicapped in various ways that crumblies experience daily as their new normal. Can't turn head, can't plant feet, defo can't swipe right. This may remind you of Kurt Vonnegut's dystopian world in The Sirens of Titan where everyone is reduced to the lowest tier of ability: ballerinas have to wear diver's boots; clever people have to wear a shrieking earphone to stop them thinking. You don't need to read the book; the basic idea is covered in Vonnegut's short story Harrison Bergeron [full txt free].


Footnote [*] on Sunday I repeated my line again about soon
looking for an ice-flow. The response was "If there are any left!".
Posted by BobTheScientist at 07:15