I just powered through another medical earbook on Borrowbox: Every Deep-Drawn Breath by Wes Ely MD. Ely grew up Catholic in Shreveport LA. He went to a Jesuit High School and still buys into [St.] Íñigo López de Oñaz y Loyola's slogan Ad maiorem Dei gloriam = To the Greater Glory of God. But he doesn't come across as obnoxiously certain that his Way is the only way. One thing that opens my heart to his story is that he changed his mind in the face of evidence that then current medical practice was not doing the best for critically ill patients. It was rather treating patients in ICU as wholly passive recipients of interventions by god-like physicians and discharging [bish-bosh; job done; can breathe] broken husks condemned to an extended period of pain, dependency and expense. Because ICU teams were too busy: stand aside I'm saving more lives they never had time for follow-up of their ex-patients. 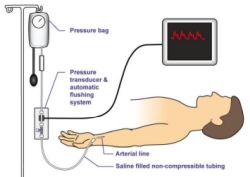 One of Ely's epiphanies was meeting a young woman whose heart, lungs and kidneys had been fritzed by his, nominally successful, efforts saving her life. He looked down [dus wheelchair!] at her with chagrin and bemusement - but, god-of-tech-and-science, I saved a young woman's life: who /what is this?  It's all about the intubation innit? If you're sick enough to be in ICU, you often require help with breathing. Intubation is painful and bewildering and it is easier to manage if the patient is deeply sedated lest they attempt to wrest this invasive tube from their throats - let alone all the other catheters, cannulas, electrodes, lines, and tubes which are also hitched up to the body.

In 1978, we were living in a shit-hole bedsit in Dublin and a medical pal got me on the list of on-call orderlies at St James' Hospital. If one of the reg'lar staff pulled a sickie, I was called in to work his [all men] shift on a zero-guaranteed-hours contract. It sometimes paid the rent. I was almost always assigned to the male medical ward, which was filled with elderly gents, many demented, with an occasional younger diabetic.Shortly bfore I arrived on scene, one of the old boys, demented and with a urinary catheter, climbed over his cot-side in the night and fell to the floor. Big PITA for the staff: accident report form, audit from the matron. One of my job on night-shift became to tie the old chap's arms to the cot-sides with . . . bandages. He had grown up-children but they never rarely came to visit and he was lonely and looking to go home insofar as we could fathom what was going on in the shambles of his mind. Maybe if someone came every night to read the newspaper to him, it might have quieted his wandering anxiety. And I tell ya, lads, you don't want to see someone try to remove his urinary catheter by force.

Dr Ely would be with me on the read-a-bedtime-story front. His epiphanized new self is all for communicating with sick people even if they are comatose or demented . . . or intubated: because that puts the kibosh on speech. He and his staff hold the patient's hand [good move for starters!] and then ask them to squeeze [once for Yes, twice for No] answers to specific queries. Instantly, a whole class of occupants of numbered beds became people with needs, desires and suggestions.

Around the same time he invited himself on a site-visit to an ICU in Denmark which was full of natural daylight and seriously ill people up and plodding about the ward with their saline drip. Many of the others, while in bed, were awake and interacting with staff and other patients or watching the weather unfold through the plate-glass windows. It's all about the meds! On his watch,they use non-benzodiazepine sedatives (either propofol or dexmedetomidine) because benzodiazepines like midazolam [bloboprev on death row!] induce a physiological and mental state close to death. Many of the homeostatic multiply-redundant mechanisms managing urinary flow, liver function, heart beat etc.  evolved for people who were upright and thinking and moving about. The delicate balance goes wonk if the body is immobile - muscle wastage is a standard outcome for bed-ridden people irrecoverable if immobility goes on for too long. But all the other systems are affected, sometimes permanently:

Calming the circulatory system excessively deprives the brain of oxygen, so it malfunctions and ICU delirium became common if not standard in benzo-treated patients. And these crazy visions would persist and recur long after the patient has been sent home as another Successful Outcome. Not so successful if you keep seeing panthers in your own kitchen and waking the entire household screaming at 3am.

Team Ely-ICU evolved a labored mnemonic to match APGAR [birth] or DABDA [death] which eventually stabilised as the A2F Bundle. This is meant to be a best practice list of Things To Do TTD or Things To Check TTC to maximize the chance of a discharged patient with some quality of life prospects.

Set this against PADIS the Pain, Agitation, Delirium, Immobility, and Sleep Disruption clinical practice guidelines of the Society of Critical Care Medicine.

But Wes Ely's happiest Freudian slip was once to write I see you instead of ICU and adopt that as his motto.