This last week I've been waxing a tad dynastic on account of research triggered by a planned gathering of the clan. One document which has been circulating around the family is a crap photocopy of a copy of a copy of a Will written in 1855 by Hardress Lloyd, my grandfather's grandfather - almost exactly 100 years before I was born. The will-writer Hardress died five years later in 1860. His oldest 'natural' son John married Susanna Colclough in 1872, sired 7 children [including my grandfather] and died in Jan 1883. Susanna’s mother Mary Rossborough-Colclough owned 13,000 acres of Co Wexford in 1872 which have helped lubricate the wheels of estate. At the end of last month I bit the bullet and transcribed the 4 page photocopy and here launch it into the blogosphere.

Exec Summary: Sarah Auliffe, the red-headed cook and the mother of the Gaffer's five children, gets an annuity of £100 paid twice yearly. The oldest John is the residuary legatee getting Gloster house and estate and what’s left after . . . Henry, Trevor, Sarah & Thomas are top-sliced £3,000 each.  John and Sarah Jr are living in Gloster; Henry and Trevor are in Belfast; Thomas at School in Sandymount. Henry is additionally left a house and offices in Liverpool. When this father died in 1860 Henry and Trevor trousered their share of the boodle and set out for New Zealand. Trevor restlessly left NZ soon after and died in a boarding house in Upstate New York at the turn of the century. Henry stayed and founded a dynasty of antipodean Lloyds some of whom were talented 20thC artists and one a internationally renowned plant geneticist.

Notes on the will

Notes on transcription: The right-hand margin has been copier-trimmed so some words have been interpolated. [Bob’s notes are marked with these brackets]. There is no punctuation or line breaks in the document, which runs to 4 pages. I have started new paragraphs where the text flips to Capital letters indicating a new section. 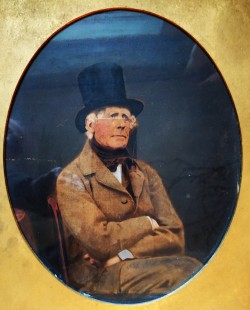 I Hardress Lloyd [R!] of Gloster House in the King’s County – esquire being of sound mind memory and understanding do make publish and declare this to be my last will and testament in manner and following:
In the first place I direct that I may be buried in the churchyard nearest to my said residence at Gloster House as privately as possible
In the next place I direct that all my just debts funeral and testamentary expenses be fully paid and satisfied by my executor hereinafter named as soon as conveniently may be after my decease
And Whereas I am seized of considerable real ffreehold [sic] and other estates in Ireland and a small Copyhold Tenement in England and am also possessed of considerable personal property of money in the funds and other General effects

Now I give and bequeath to my son Thomas Lloyd now residing at Sandymount near Dublin and to my sons Henry Lloyd and Trevor Lloyd both now residing in Belfast and to my daughter Sarah Lloyd now residing at Gloster House with me the sum of X [probably three (3) from context] thousand pounds sterling each to be paid and payable without deduction of legacy duty or otherwise immediately upon my decease to such of my said children as have attained the age of twenty-one years and to such of them as are under that age immediately on their respective attaining of the age of twenty one years
And I Direct and declare that the said several bequests of three thousand pounds each so made to my said children shall be charged and chargeable upon and payable out of all my said real ffreehold and other estates in Ireland and expressly charge the same with the payment thereof I also charge on[?] my personal Assets and effects with the payment of said bequests

And I Hereby make nominate and appoint my son John Lloyd the sole Trustee Executor and residuary Legatee of this my said will hereby revoking and unnulling [sic] all former and other will or wills at any time heretofore made by me
In Testimony whereof I have hereunto and to a duplicate hereof put my hand and affixed my seal this fifteenth day of June in the year of our Lord one thousand eight hundred and fifty five.

Signed sealed published and declared by the said    }
Testator as and for his last will and testament in presence    }
us who in his presence at his request and in the presence of     }    Hardress Lloyd (seal)
each other at the same time have hereunto set our     }
hands as subscribing witnesses    }
Andrew McArthur M.D. Shinrone
John Cuffe Steward Gloster