I've more less resolved to stop buying books. The National Library Service allows you to source any book you want, so long as there is a copy in the country. You can order it on line, have it delivered to any branch of any county library, and return it [when you're good and ready!] to the same place or any other branch in the Republic. With Dau.I working for head office in Dublin City Library, I have a mole in the system and she will often order books which she thinks I'd like and have them ready for collection in Tramore or Bagenalstown - the two libraries I pass most often.

It wasn't ever thus. In the 1960s and 70s and 80s it was, to say the least, inconvenient to get a read of a particular book with buying it. And I stopped buying new books when I discovered Yard Sales in our Boston years: perfectly serviceable reading matter could be had @ 25c for paperbacks and 50c-$1 for hard-covers. Second-hand books acquired their own quirky attraction: I developed a taste for nautical non-fiction from before WWII and that bled into the quirky, funny, short stories of WW Jacobs. To the nearest whole number, nobody reads Jacobs any more and I'm reluctant to clear them out as unread clutter [which they are] lest they go straight to pulping as unsellable at any price. Yard-sale books also have the virtue of serendipity: random collections yield some unexpectedly delightful surprises. 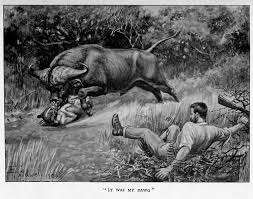 Somewhere along the way I bought a really ratty 1913 copy of Jock of the Bushveld by Percy Fitzpatrick. Every page had little line-drawings in the margin and the 2 dozen full page illustrations were all present. My intention was to make ironic postcards from the illustrations and cut out the line drawings of animals and assegais and make them into a collage of Victorian imperialist sentiment. But I couldn't bring myself to cannibalise the book in this way and eventually I restored it to a good reading copy during my book-binding days in the mid-1980s. I've never read it, but it's the sort of quirk that I might try reading aloud to my grandchilder next time they're visiting. If they start to fidget I can always switch to Paddington Bear or Roger Lancelyn Green which are not quite so retro. 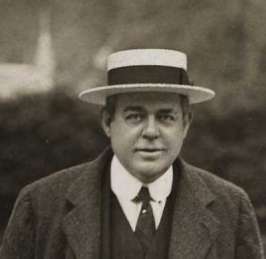 When the Beloved went to college in 1973, she opted to read French and Arabic [it must have been the heritage calling] and her Arabic tutor was an orientalist called Dr David James. I met him a couple of times before The Beloved embraced motherhood to the exclusion of studenting: he seemed a nice, kindly, youngish, bookish sort of bloke. He passed out of our ken as passing teachers do. He appeared suddenly in the news nearly two decades later when we'd returned to Ireland after sojourns in USA and UK. It transpired that he'd secured a job as curator of oriental manuscripts at the Chester Beatty [R] Library ‘not just the best museum in Ireland but one of the best in Europe’. Much as he treasured the gorgeous collection, he treasured money more, and took to c a r e f u l l y cutting out illustrated pages from oriental books and selling them to rich people who wanted exclusive use of  of these beautiful pictures. One of these looters-by-proxy sold on their acquisition to someone else, who wanted to get the picture appraised and the appraiser knew s/he'd seen the [effectively unique] picture somewhere before. Chester Beatty carried out an audit and Dr James went down. I'm glad I'm a low-maintenance sort of guy because my sketchy moral compass [forger] might have led me down a similar path if I'd needed the money. 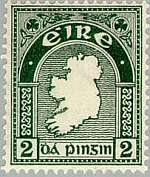 Here's another ca$e of academic$ getting $educed by the eye-watering prices that wealthy people are prepared to pay for unique trophies. Once Richie Richboi got the fit young wife, the yacht, the mansion, the beach "hut", and a share of a Learjet, he starts to cast around for something - anything - that nobody else has. Christ's toenail; a scrap of the Gospel of St Mark; previously unknown poetry by Sappho; Jimi Hendrix's third best guitar; Monica Lewinsky's dress <eeeeuw>; 1935 Irish 2d coil stamp; the head of Francis Drake as baby. The rule of thumb appears to be price is inversely proportional to the utility of the object.