We have squandered out patrimony, consumed our seed corn
and laid waste the gardens of our delight.
[don't google that, I just made it up] In the 20thC, science, aided by The Gods of Serendip and St Loads of Money, discovered a range of chemicals that would kill, or inhibit the growth of, harmful bacteria. In 1925 my 9 y.o. father almost died when he was made to go for a winter swim and caught pneumonia. His mother sat, beside herself with anxiety, with him until the fever broke. Exactly 70 years later, 2 y.o. Dau.II caught Christmas pneumonia and spent 2 days in hospital getting rehydrated and antibioticked. The antibiotics made all the difference. So what have we done with these miracle drugs that have seen off child-killers like diphtheria, scarlet fever, meningitis, tetanus, septicaemia, and pertussis, and young adult 'issues' [and discharges] like syphilis, gonorrhoea, and chlamydia. You can see from the links how much this has engaged and enraged The Blob. And what have we done with these miracle drugs? Why, we've sold them to farmers to inject their sheep and to chicken factories as growth promoters. V e r y   s l o w   h a n d   c l a p.

Because bacteria are more numerous than sand on a beach and have a huge collective ability to develop resistance to antibiotics and spread that ability around. Big Pharma argues that there is no market in developing novel antibiotics because it will cost €1 billion and 10 years in testing and licensing and it will be difficult to recoup that money in the few remaining years of patent protection. Somehow that argument does not prevent them developing clever-sexy novel therapies for minority inherited disorders and selling them to the insurance companies of grateful parents for $150,000 a year. Another issue with scaling up the production of natural antibiotics is that only a tiny fraction of bacteria Out There can be grown under controlled conditions in the laboratory and ultimately in a production vat. We just don't know enough about their particular and peculiar dietary requirements.

Accordingly, it is left to academic scientists to dream up new ways of approaching the problem and trying to persuade their governments to take a punt in blue skies research. Two years ago I gave tribs to a couple of scientists who discovered teixobactin the first distinctively different antibiotic in 30 years. What Kim Lewis and Slava Epstein figured was that in a handful of soil there are 10,000 species of bacteria fighting over limited resources in a brutal take-no-prisoners war. Some of the the successful microbes will have produced chemicals that were toxic to rivals. They developed a brilliant, high-throughput, iChip that would identify those bacteria that were thus weaponized. 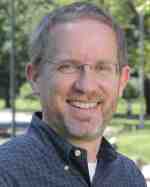 It's a model for the future development of novel antibiotic therapies. Now Sean Brady [R] and his crew from the Laboratory of Genetically Encoded Small Molecules, Rockefeller University, NY, NY, have done something similar to launch malacidin into the war against MRSA and related diseases. This is so important that Nature Microbiology is exposing the paper beyond its pay-wall. Brady's lab is also working in parallel characterising the bacteria of the human microbiome to better understand the environment in which his novel therapeutics are going to have to work.

I think it's fair to say that Lewis and Epstein were on a massive fishing expedition when they isolated Eleftheria terrae from their multiple soil samples. Sean Brady's project was much more hypothesis driven. Previously identified interferers in cell-wall building were small peptides that were dependent on calcium for their action. Sequence analysis had shown that many of these Ca-dependent peptides contained a Asp-X-Asp-Gly motif: supposed to be were the calcium ions bound to the functional molecule. They were able to tailor their pipeline to reject microbial products that didn't contain that short sequence and enrich those that did. By gathering 2,000 soil samples, each containing 1000s of bacterial species from all over the world Rockfeller is now warehousing one of the largest bacterial collections on the planet. Much good it may do them because most of them won't grow can't grow on a Petri dish in the lab. Whatever about a whole new world of potentially therapeutic bacteria, I've been battered with a whole new world of acronyms in trying to read their paper. AD, BGC, eDBA, eSNaPD, NP, NPST, NRPS, pTARa.

Malacidin [nothing to do with Mal=bad or Malus=apple, it is an acronym: metagenomic acidic lipopeptide antibiotic-cidin] works by interfering in the construction of the thick cell-wall which is an essential building block of Gram-positive bacteria. The diagram details where the targets of three different antibiotics, daptomycin, friulimicin and malacidin, each find a different way to interfere with bacterial cell-wall building.

Bacteria can double their numbers in less than an hour under optimum growth conditions, and that requires twice as much cell-wall. So none of those antibiotics will work against thin cell wall Gram-negatives: these include Bordatella petussis, Campylobacter jejuni, Chlamydia trachomatis,  Escherichia coli,  Neisseria gonorrhoeae, Neisseria meningitidis, Salmonella typhi, Treponema pallidum, Vibrio cholerae, etc. etc. However, it seems to be able to knock MRSA on the head and that is what is making the headlines.
Posted by BobTheScientist at 07:25