I was at the funeral, on Tuesday, of the father of the chap who used to sit behind me in 1st Year Chemistry.  It was sad, there were weeping grand-children beside stoic parents and lots of hugs but it was alright because The Principal was, at 86, in the fullness of his years. I said to a mourner of my age that it would soon be the turn of our generation. Not a very clever prophecy but last night I heard that Mary Mulvihill had died; and she's much younger than me. 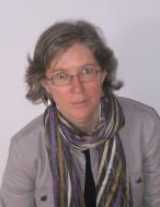 She is being remembered on the Irish Times as a geneticist and Scholar of Trinity College Dublin, as well as being a journalist, author and a founder member of WITS [Women in Science and Technology].  Far more important than being a geneticist, Mary was a generalist.  She was interested in much more than a narrow specialism and so would not have been happy following a career in academia where, as the cliché has it, researchers get to know more and more about less and less.  She pushed forward a career as a science journalist years before it was a recognisable job in Ireland. You'd hope when developing a novel career path that after some time pushing the bus uphill over the bumps of inertia and round the obstacles of vested interest you'd eventually get to a plateau or some blessed downhill coasting.  I suspect that there was precious little coasting for Ms Mulvihill. I've mentioned her on The Blob as one who could have done a far better job reporting science than somebody's cousin because she wrote the book on Irish scientific ingenuity.  That book, Ingenious Ireland, was a far better resource for Irish scientists than Wikipedia as I found when writing about Maude Delap.

The future of Ireland as a technological nation [FITNa] depends on having people out there who can look boldly over the parapet of their specialisation and talk to people in trenches opposite. Mary showed that, through desperately hard graft, you could make a career in STEM outside of academia and Megacorp.  That's a role-model for all those youngsters, boys as well as a girls, who love science but don't fit the standard model. Pursuing science as a hobby, at the weekend and after work, is difficult.  There are only a few niche areas where you can do original research and get it published.  Most journals, for example, require an academic address as surety that you are not an off-the-wall space-cadet - especially if you have ideas that rock spaceship science a bit.

In recent years, Mary started Ingenious Ireland walking tours in Dublin. That was a great idea for developing an income-stream from the deep biographical knowledge that she had accumulated researching the book.  A few years ago TCD commissioned her to make a map and a series of podcasts about their great men of science but after the first print-run of the map, it was never reprinted, nor was the concept developed; that's a missed opportunity.  I had my own go at getting youngsters interested in TCD's contributions to science by making a scavenger hunt of it rather than a guided tour.

There may be only a few niches where outsiders can make genuine contributions to science but for FITNa we need opportunities where youngsters can be sat down in the real world and be encouraged to ask questions about what they see around them.  From Tyndall's answer to the question "Why is the sky blue?" to why does hawthorn but not ash fall out of ditches when the wind blows?  Reading Ingenious Ireland to see how scientists think is a good place to start.

More Women in Science
Posted by BobTheScientist at 08:05