Gregor Mendel was the first person to properly crack the puzzle of inheritance and write it down in a formal scientific paper.  He was born 191 years ago today in Hynčice, Czecho. 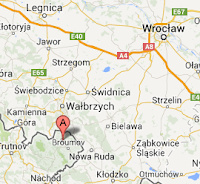 He always thought he was born in Heinzendorf bei Odrau (A marks the spot on the map) which is what they called the village when it was still part of the Austro-Hungarian Empire.  He came from a family of strong farmers, spoke German as his first language, and was smart enough to go to college at the University of Olomuoc where he read philosophy and physics.  Heinzendorf is in Silesia where most of the people speak a Slavic language "Silesian" which is either a dialect of Polish or a tongue in its own right depending on whether you are a linguistic lumper or a splitter.  But a substantial minority,  then and now, speak German although two world wars, forcible "repatriations" and various plebiscites have tidied up the boundaries a bit and made Central Europe a less interesting, because less heterogeneous, place. 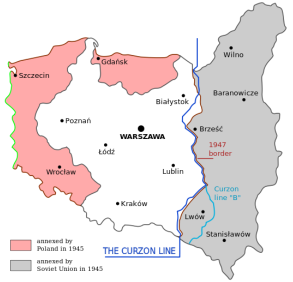 You can see that Heinzendorf/Hynčice is only a couple of miles from the border, but the border of what?  The big city 80km NE of H/H, marked as Wroclaw is in Poland but for hundreds of years we in the West knew it as Breslau.  In 1900 it was the sixth largest city of the Deutsches Kaiserreich and only 1% of the population spoke Polish. In 1945, Joe Stalin annexed Eastern Poland while The Polish Government were given a smaller but richer chunk of Germany as compo, including Freie Stadt Danzig/Gdansk, Breslau/Wroclaw and Stettin/Szczecin.  I've no idea how a Pole, like the grandfather of a one-time office-mate of mine, expelled from L'viv/Lvov/Lwów/Lemberg in the East was assigned housing in Wroclaw in the West. Maybe something like my transpositional maps of of Belarus and Ukraine would have helped?

Mais revenons nous a nos Mendels.  Gregor Mendel took holy orders and joined the Augustinian Abbey of St Thomas in Brünn after college.  That's now Brno in the middle of the Czech Republic and his long time  association with the town generates some tourist revenue.  After a few years, his Abbot sent him to the University of Vienna for two years further study in science and he returned to teach physics in Brünn, do his experiments on the genetics of peas and bees and make scientific contributions in meteorology, astronomy and botany.  Mendel is now, like Jan Jansky, claimed as a Czech scientist, but the merest slip of the pen at Versailles (Jun 1919), Yalta (Feb 1945), or Potsdam (Jul 1945) could have 'given' the poor fellow to Poland or Germany instead.  Nonsense isn't it, this nationalism?
Posted by BobTheScientist at 12:48