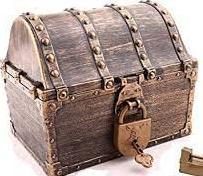 Last Monday I alerted myself and yourself to the imminence of the 2022 Census. Our Lady of the Census came to the door on Saturday morning. These things are <borrrrring> necessarily conservative because the quants at the CSO find it easier to make comparisons if the questions are the same as last time . . . and the time before.

But a new departure on p.23 is getting me all excitey! And I quote:

Time Capsule:
The Time Capsule is a dedicated space at the end of the census form for you to leave a message – if you wish – for your descendants / future generations / historians. Your message can be about anything you want, to anyone you want. Like the rest of your form, it will remain confidential until all of the Census 2022 forms are released to the public in 2122.

Notes /instructions on the last page of the census form
Information you provide in this Time Capsule is optional and is collected voluntarily under Section 24 of the Statistics Act 1993. This content is protected by the same confidentiality protections as all your Census data for 100 years. After 100 years, this Time Capsule will be made available to the public. This space is for handwritten messages only.
Photographs and other attachments will be removed and cannot be returned

All the history we ever learned in school was about Patriarchs on Horses shoving pointy things at each other. It's only afterwards that I've read about the ordinary doings of ordinary folk in Firozkoh, the capital of the Ghurid Dynasty, when the city was  destroyed by Mongols under Ögedei Khan in 1222 or just prior to the Jamestown Massacre of 1622. Now, the 2 million households have an opportunity to tell it like it is.  Don't bother to tell your great grandchildren about the 2022 War in Ukraine; that will be exhaustively covered in the standard history.

So here's the plan. As well as Greeting The Future Inhabitants of Ireland with "Hello lads, sorry for the mess" we are going to bury an actual time capsule with some stuff which may be interesting / useful to people 100 years from now. On the TTD Things To Do for the project, the only time sensitive item is to a) decide where the sarcophagus will be buried b) how that location will be transmitted to The Future. Do you think that GPS satellites will still be beaming in 100 years AND that there will be "phones" capable of picking up the signal to get a location. Even if not, I reckon that GPS-like Lat and Long will be surveyable.

A note on accuracy. My smartphone will give 6-figure accuracy for GPS coordinates. In Ireland, at callit 60° Latitude, a degree is about 100km N-S and 50km W-E.  So that 6th figure is claiming accuracy down to 10cm Lat and 5cm Long. But I've found that the last two figs are aspirational rather than reproducible.

Another note on accuracy. Last August I wrote about what3words apparently not being geo-stable over even 5 years let alone 100. Although I think that somebody will have translated each what3words 3m x 3m square into a non-electronic or at least 100 year stable map. But heck'n'jiminy, 3m x 3m is a task to dig over to a depth of, say 30cm to find something which may not be there; unless metal detectors still exist and our time-chest has metal hinges [note to self: make it so].

The only thing for it is to identify a 100-year-stable feature on the landscape and give Pirate Treasure instructions from there to the hole / chest / capsule. Some of the field boundaries onn our gaff have been there for at least 170 years . . . but some have changed. Even in the 19thC before back-hoes and bull-dozers, the mighty folk of the past were determined to build and erase 100s of metres of stone wall. I think I can identify places on that built environment which where the rocks will remain. The stream at the edge of our gaff will still be there, too. Another [either / or / both] option is to finger a really distinctive rock on the hill above the house and place the capsule at its foot and then draw a picture of the rock along with GPS and what3words coordinates.

What to put there? That depends on how millennial = apocalyptic I'm feeling at the time. D'ye think that entrepreneurs in 2122 will be mining Powerstown Dump looking for unbroken glass bottles for storage and metal for sorting and smelting? Happens today in the Third World.