I know three things about the Rothschild family a) they were Jewish b) they were rich c) they made a killing on the market by being ahead of the posse with news of the outcome at Waterloo 1815. Only two of these facts are correct. I did also spend a year in school reading and writing a lot of 19thC European esp. British history, including a weighty biography of Benjamin Disraeli, so I was aware that Nathan Rothschild fronted his pal Disraeli £4,000,000 in 1875 to allow the British government to secure a controlling interest in the Suez Canal. 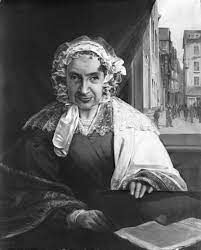 The dynasty grew out of a house on Judengaße at the nicer end of the ghetto in Frankfurt am Main when in 1770 Mayer Amschel Rothschild married Guttle Schnapper [R] and they had five sons. They also had five daughters, but they didn't count because the canny crabby patriarch deliberately excluded them from any share of his estate.  Amschel the oldest boy stayed at home; Salomon went to Vienna; Nathan to London; Calmann to Naples and Jacob to Paris. This is not to say that the girls of the family didn't do the counting as the money flowed and the bills of exchange were, well, exchanged. As well as the cooking, cleaning and child-rearing!

The Women of Rothschild: The Untold Story of the World's Most Famous Dynasty by Natalie Livingstone is an attempt to redress the invisibility of the women who were born into or married into the family. These two classes were often the same because, the patriarchy was really anxious not to dissipate the family fortunes through the dowries of outbreeders. Really they were like the Hapsburgs in their relentlessd endogamy. I don't think there's any evidence that serial inbreeding caused a lot of adverse medical conditions as rare recessive traits frothed up. Some of the Rothschilds were clinically depressed, and several of these killed themselves but that happens in other families even today.

What does not happen in other families is dying from septicaemia after circumcision as happened to poor wee René son of Leonora and Alphonse de Rothschild in 1861. Indeed, bris or no bris, young René would have been fine if he'd been born in 1961 at Peak Antibiotic. A similar tragedy happened to Rene's Gt Grandfather Nathan Meyer R., who got a boil on his bum which was lanced but never got better and he died of septicaemia in 1836 aged only 58. I have a frisson <yarrooo> of empathy on that because in 1961 I was at Peak Boil round my waistband on me bum and elsewhere. I think in 1961 Staphylococcus aureus would still yield to penicillin, or methicillin. It is now the SA in the dreaded MRSA. 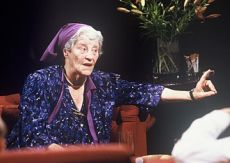 I guess, from a scientific view, the most interesting of the women is Miriam Rothschild 1908-2005 who was the Gt Gt Grand-daughter of Nathan Meyer R. (1777-1836) of the boil. She inherited the flea collection of her father Charles (1877 - 1923) who couldn't tame the black dog and cut his throat in 1923. Flea collection? Yup, that would be around 260,000 specimens from nearly 1,000 species of Siphonaptera, 500 of which had been discovered and named by Charles. That included Xenopsylla cheopis, the vector of Bubonic plague [whc Prev]. Miriam [and George Hopkins] spent 30 years writing up the collection into a 6 volume illustrated catalogue. Miriam also contributed a bunch of science, compassion and common sense to the Wolfenden Report [bloboprev] on homosexuality and prostitution. That is certainly not the end of her manifold contributions to science and society. You should look her up - obit Guardian.