Last weekend, What3Words, a cunning geolocating scheme which divides the whole surface of the blue planet into 57 trillion [5.7 x10^13] squares about the size of a carpet [3m x 3m], loomed over my event-horizon and I shared the coordinates of our front door with the family. I got there by entering our Eircode on the W3W search map. As I've said before, my whole life - or the bits that I can remember - is recorded in The Blob. I try to not repeat exactly the same anecdote at different times. So I searched the Blob archive having more or less forgotten that I'd been there/here before: three years ago, I was all excitey about W3W and I reported then that you could find me at provide.deluxe.interlude. But that's not where we live, unless I'm slinging a hammock between two bay-trees in our back-garden.: 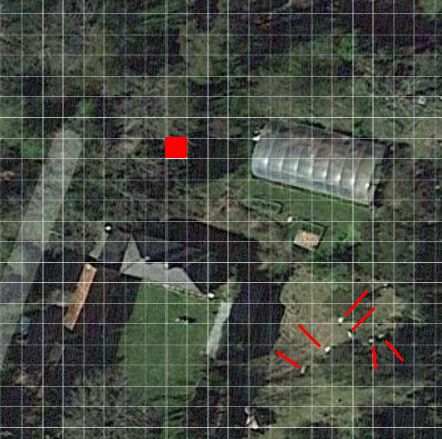 The red square is provide.deluxe.interlude, which AFAIR was nearest our front door in 2018. Somehow the W3W grid has shifted about 20m north w.r.t. Google maps in the 40 months since I last checked.  That sounds a lot but note that the North magnetic pole is sprinting across the globe at a rate of 50km/year. In my youth it was shimmying about among Canada's Arctic Island, but in 2019 it grazed the actual North Pole and is now in the process of defecting to mother Russia.

Mais revenons à nos moutons Irlandaises - you can see six of the them grazing in our haggard. If we kept better records [as required by our masters in the Dept Agriculture, hmmmm], we'd be able to pin-point the week when the "CNES Airbus Maxar Technologies" satellite snapped a pic of our property without asking permission. It is amazing the resolution achieved and the Terabyte load must be such a weight on The Cloud as to induce rain. If I'd had notice, I would have waved or mowed a greeting in the lawn.  Of course, I went off stalking all my friends-and-relations but the pixel quality of their gaffs were nowhere near as crisp as ours.

Now here's another discrepancy. In March and April this year, I was fossicking about on the far side of our commonage trying to reconcile several sources of cartographic data including Barry Dalby's 1:25,000 map and townlands.ie with the actual landscape under my feet. Dalby has chosen to exclude all political boundaries [county, parish, townland] from his map but has captured tracks, drains and ditches which are almost invisible from eye-level. A bold black line trending north appears on Dalby's map which I found to be a straight line depression which is rather greener, because wetter, than the surrounding heathland. My hypothesis was that this was a) the work of sleán and human arm b) a sort of Offa's Dyke demarcating the county line back in the days when such things mattered. But on the W3W map [R], the County line is offset two squares to the East of the shadowed line of the dyke / drain / ditch or . . . about 20m N if you choose to superimpose the lines in that way. Same as our front door.

One supercool advantage of W3W over Eircodes for geolocating in Ireland is that Eircodes only recognise premises - homes and businesses with a roof, like. Not much good if your car breaks down and there are no houses visible. In February last year four hopelessly under-clothed tourists were located and carried off the flanks of Ben Nevis in a blizzard. They were fortunate to a) have gotten a signal in that benighted spot b) had the W3W app installed and so were able to communicate their location +/- 3m [or 20m?] to the mountain rescue team. Eircodes / UK postcodes would have been much less use there than a proper hat and gloves. 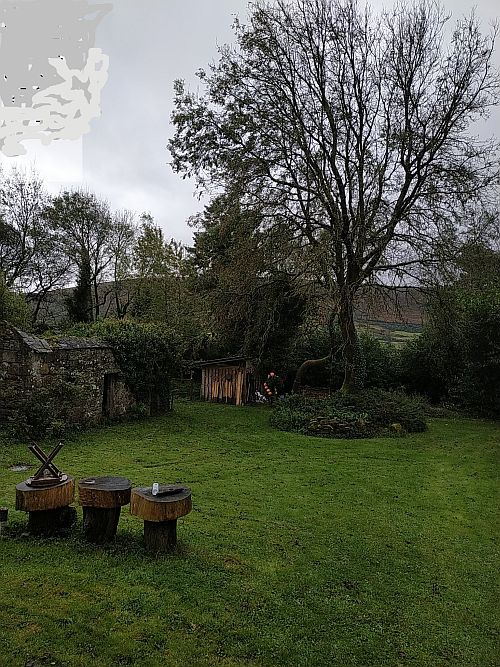