Misogyny in the lab

Last week, I was doing some research on comparing recruitment videos in the Irish Institutes of Technology. A couple of days later, I was in class with my proposed New Irish film star and mentioned that I'd put in a word for him with The Suits if/when the next propaganda vehicle was to be made. One of his Old Irish friends whipped out his smart-phone and found the whiter-than-white video that had triggered my investigations.
"What did you think?", I asked.
"It was okay", he replied
"Did you see any black kids in the film?"
"Fakk ?!?"
He was a little rueful that, even in the year after he'd left school, he'd become part of the Patriarchy with all the privilege and selective blindness that comes with the position. We didn't even begin to discuss the second class citizen position of women in the film. The  Star , on the other hand, said that he'd noticed the discrepancy (of course) but for him also it was almost invisible because he'd been putting up with that shit his whole life [I paraphrase: he is far to well-spoken and mild-mannered to talk like a low-life]. Later on I shared the video with one of my teaching colleagues - he white and in his 30s and (of course?). For him also I had to point out the absence of blacks and the discrepancy in gender. 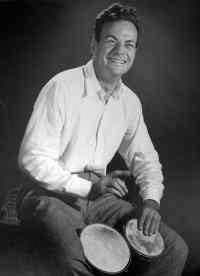 Being unable to properly see minorities and women could be classed as a sin of omission. There's a much murkier class of sin (of commission) in the world of science which has been exposed in an essay Surely, You're a Creep Mr Feynman by Leila McNeill in The Baffler. Now I am an admitted fan of Richard Feynman [multibloboprev] and his book Surely, You're joking Mr Feynman. Indeed, a few weeks ago I brought my old kindle to life and this weekend I was re-reading with enjoyment a couple of anecdotes from Feynman's memoirs. It is an indication of how Patriarchal I really am, that Feynman's reminiscence of his treatment of women struck me as bouncy and direct, if vulgar, rather than abusive. I don't believe that many of his interactions with students or younger women, or indeed any women, ended in tears - like those of one successful scientist I know. But it's pretty clear that Feynman got more women to bed because of the confidence that glitters from men who are at the top of their game. And it looks like he started to believe that he deserved these trappings of success and had a tendency to get foot-stampy if things didn't work out for him just like he wanted with the opposite sex. McNeill is quite hacked off that, for his fans, and they are many, Feynman is almost beyond criticism because his charisma blinds us all.

I looked for a picture of the great man and found an odd twist to the story which more or less backs her position [patriarchy locks shields to protect Feynman's rep] up. In 2014, XY science blogger Ashutosh Jogalekar posted a piece critical of Feynman's attitude to women. The very next day: the text of this post was replaced with the following statement: "The text of this post has been removed because it did not meet Scientific American's quality standards."  At some indeterminate time thereafter it was re-instated by the editors of Scientific American. Poor fellows, they must have been in an ethical turmoil to chop the article and then change their minds. I've read the post, but am too Patriarchal / insensitive to see what aspects of it required censorship. The censorship aspect, rather than the misogyny, might remind you of Rupert Sheldrake's cleansing from TED.

One of the threads which Leila McNeill pursues through her "outburst" is the idea that we shouldn't attempt to separate the science from the scientists. Being a genius is no excuse for being a Dick. She suggests that because science has this aura of the pursuit of objective truth, then scientists are excused seepy behaviour, because the science is pedestalled as some sort of Platonic ideal independent of those who contribute bricks to the edifice. But I think this aspect of her broadside is misplaced. Nobody who is in the game and has the least amount of sensitivity thinks that science is objective. Scientists I know really cherish their hypotheses, and tend to design experiments which confirm rather than challenge. Their credit, their status, their very livelihood depend of their ideas being right and that colours every analysis and interpretation of data.

And I certainly don't think that examples of arrogance, misogyny and bullying are more prevalent in science than in Hollywood, Bollywood, Wall Street, or Tibet. Every group or community I have had dealings with has had its share of Patriarchs throwing shapes because their sense of self[-importance] depends upon grinding some other poor bastard in the dirt.
Posted by BobTheScientist at 07:56