"Homelessness is too often accompanied by hopelessness", that was one of the ideas floated across a packed theatre in The Institute yesterday morning, by Fr Peter McVerry the Voice of the Homeless in Ireland. He is a Jesuit priest who, many years ago was working with school drop-outs in Dublin. One day he found one of his charges, a 9 year old boy, sleeping rough. It was huge eye-opener for the good father as he realised that you'd be at nothing trying to keep kids in school if they don't have a home to go to after school's out. The event shook his certainties and he shifted his focus to set up what eventually became the Peter McVerry Trust. I mentioned him a couple of times last year [bloboprev] getting angry but not truculent about the unwillingness of the Irish government to build homes. For him anger is a driver for change.

McVerry was down with us to launch Volunteer Day at the Institute where students, and others, are encouraged to give a bit of time to Fairtrade; or horse-riding with the disabled; or meals on wheels; or the local hospice; or sorting books for Oxfam. He started off by explaining why he had given a life-time to others
To a hammer everything looks like a nail, you may say, but McVerry makes a good case that having a home is the prerequisite for a) health [TB is on the rise in Dublin rough-sleepers] b) happiness - rates of depression are higher in hostels than in age matched 'homed' people c) productivity - it's hard to apply for a job if you don't have a return-address and it's much harder to hold one down if you can't get a clean shirt together.  Yes, yes, not all homeless people are deranged drug-abusers: the PMcVT has on its books homeless students and homeless professionals. and only a minority of their client base has addiction issues. But these things are globally relative. In Ireland, contra Bangladesh, everyone has access to clean potable water; although we're unwilling to pay for it. Without clean water you don't reach adulthood in many cases; you're dead of the flux before housing becomes an issue.

Later with a rhetorical flourish the old chap (he's 74 but definitely not retired) asked us what was, for those directly affected, the hardest part of homelessness:
What matters most to the homeless is the feeling that nobody cares whether they live or die. It is a strong policy in the PMcVT that
Even if there is no bed, no sleeping bag, no food parcel, you don't get the door shut in your face. 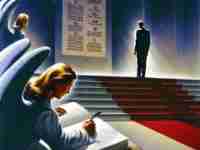 And here's the thing, volunteers are generous with their time, yes, but they also benefit from the relationship. They are changed by the encounters with the dispossessed and if they can take the stress of dealing with such troubles, they are changed for the better; on the basis of what kills not, fattens, if no other. If you are the least bit open to The Other, then your certainties, your values, your prejudice will be challenged. Like US Army grunts who fought next to compatriots of a different colour, and came out realising that white people could be kind and some black people were real crap at the blues. For McVerry himself a key moment was when a young chap told him "The fact that god might exist depresses me" which McV took to mean that the boy felt he was always being judged and found wanting / sinful / bad: that his condition was his fault. The priest absorbed this and turned his face from the god of judgement [R] with whom he'd grown up towards a god of compassion.

Now let's be a bit critical of the PMcVT and its work: they're big enough. In 1980s Britain, the weekly satirical cartoon programme Spitting Image mercilessly guyed the royal family, celebrities and, in particular Margaret Thatcher's conservative government. A case has been made that Spitting Image, which had HUGE viewership each week, acted as a safety valve that prevented a revolution against the divisive changes that were being imposed on the British people.  If Peter McVerry and his Trust did not exist, maybe the government would be compelled to vindicate the constitutional rights of all its citizens. That would require a revolution, of course, we'd have to pay more tax, and the useless mouths of the quangocracy would have to find useful work outside the public service. I've been agonising about the ethics of the voluntariat since at least May 2014. But then you may not believe that the government is capable of organising anything more challenging than ordering posters for the next election. If homelessness hurts then you just have to roll up your sleeves and do what you can. For Peter McVerry, like fellow christian Martin Luther [prev], he can do no other.

Fr McVerry talked about how the people in his Trust, by giving time, respect, homes, support, food and hope to the dispossessed, receive as much back in self-esteem and a sense of worth. Thus give and take become an exchange. That resonated with me strongly because last week I'd seen a fascinating video about Proto-Indo European and what we can deduce about the culture of these our ancestors from linguistic analysis. It turns out the PIE word for give is the same as the word for receive/take! Exchange to mutual benefit is in our DNA. I barrelled up to him  after his talk and shared this insight to him, which meant I got to shake his hand - an honour.

The Peter McVerry Trust is in the middle of a fund-raiser:
Donate?
Posted by BobTheScientist at 06:28