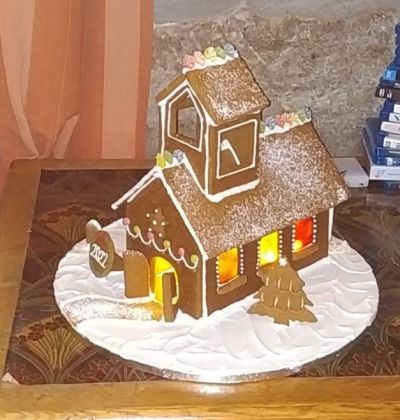 And I said to the man who stood at the gate of the year:
“Give me a light, that I may tread safely into the unknown!”
And he replied:
“Go out into the darkness and put your hand into the Hand of God.
That shall be to you better than light and safer than a known way.”

I've joined George VI Windsor in quoting this before in the context of pilgrimage and the nanny state. Today we leave 2022 behind; which year has been quite exciting in a Red Top headline sort of way. The death of George's daughter, for example; or the Eastern European War. And, no, I didn't tune into the September funeral games in the country next door - don't 'ave a telly, mate. And actually, I've made a conscious decision not to doom-scroll over Ukraine; not least because don't 'ave a telly, mate easily accessible news sources are partial in both sense of that word. Whatevs!

What I came to say, holding hands with the Year-Gate feller, is best wishes and bon courage for 2023. Stuff will happen, don't lose heart, take it one day at a time.