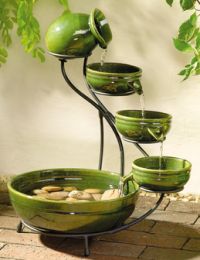 Biologics is a technical term in MegaPharmSpeak: it is a large molecule often made by microbes in a vat. Monoclonal antibodies are one class of biologics. Most of the other drugs available are termed small molecules. Tofacitinib, the latest trendy treatment for psoriatic arthritis, is bigger than adrenalin or cyanide but a lot smaller than an antibody which is a protein (made up of numerous amino acids: each AA about the same size as adrenalin). Tofa is about the same size as estrogen or a steroid. It seems to act by plugging a receptor site on one of the players in the JAK-STAT pathway, so that in-cell signalling is banjaxed. JAK-STAT is the way in which interferons [recently] send a precisely tailored [you hope] signal from the outside of the cell to the nucleus; where it can switch on a rake of genes to deal with the problem which triggered an interferon response. The woowah cascade [L] is a metaphor: the information (water) starts at the top and bounces from one place to the other until it reaches the information reservoir (nucleus) at the bottom. Each anti-JAK-STAT drug is designed to plug just one of the outlets in the process. Stopping he cascade anywhere will work, so there are plenty of druggable targets . . . one for every multinational in the audience. The problem is that for each block stuff then cascades over the edge of the blocked bowl causing random puddles to form in unexpected places (those are the side effects).

JAK-STAT controls the response of a cell to inflammatory signals and so drugs against the JAK-STAT players damp the symptoms which folks complain about to their consultant rheumatologists. But inflammation is a Good Thing, keeping pathogens and tumors at bay and dealing appropriately with tissue damage. Hence the litany of side effects outlined on the huge paper folded into the pill packet. This is why the rescue dog living with Pat the Salt is always sick: prednisolone, the corticosteroid used to treat her epilepsy, also prevents her inflammatory system from reacting to invasioners. Signalling pathways (all?) get a signal from a receptor at the cell membrane and send a message like a chinese whisper to the nucleus where all the genes (DNA) are bouncing up and down on the chromosome "pick me, pick me". The last step in the pathway is a transcription factor TF which makes that choice: TF-X will switch on gene-Y; it will transcribe its message as RNA (transcription); the RNA will leak out of the nucleus and make a protein which will have some usually useful effect. Plug the JAK-STAT pathway and you don't have that effect. That's good for your symptoms but also good for rogue viruses looking for a toe-hold. In deciding the optimal therapeutic regime, your pharmacist and your doctor are trying to balance the benefits against the damaging, debilitating side-effects. They are not trying to balance the budget, because neither of them are paying for the drugs they so easily prescribe and dispense.
It will help me if I here tabulate some of the suffixes which indicate what sort of drug you're taking or doling out to you aged parent (I had a previous essay on the naming conventions):

Why am I talking to facitinib? Because one of my correspondents has been switched to it from same-old same-old so-yesterday Infliximab. Autoimmune diseases like psoriatic and rheumatoid arthritis are a penance you wouldn't wish on the parish's worst sinner. But the treatment is typically a) uncertain as to efficacy b) beset with unfortunate side effects and c) way beyond the pockets of a normal family who can't afford health insurance. Note that about half Ireland's population qualifies for a medical card, whereby The State is the insurance company. The bill for Tofacitinib is North of €2K/mo - up about 50% from infliximab which was the previous treatment of choice. Rumour has it that the Department of Health has over-spent its budget again this year. When it comes to fantastically expensive therapies [Orkambi or Factor VIII] or sexy-surgery like transplants and coronary by-passes or pretty much any treatment for people who have weeks to live then The Man just cannot say no. Sexual health education? depression? post-trauma physical rehab? drink awareness? prophylaxis? exercise? diet? incontinence and the pelvic floor? None of which shovel money at MegaPharma: They can all go sing for it.

No, you're welcome,
Bob the Tax-payer
Posted by BobTheScientist at 07:19