There's a chapter in Surely, you're joking Mr Feynman in which the great physicist addresses the Two Cultures conundrum. His painter pal Jerry holds that "Furthermore, scientists destroy the beauty of nature when they pick it apart and turn it into mathematical equations." but Feynman claims a deeper sense of awe because it drags in more than how a thing presents "It's an appreciation of the mathematical beauty of nature, of how she works inside; a realization that the phenomena we see result from the complexity of the inner workings between atoms; a feeling of how dramatic and wonderful it is."  Rather wonderfully the two friends agree to trade trades and teach each other to open the doors to the non-overlapping magisteria. As it happens Jerry doesn't learn much physics but Feynman becomes an accomplished painter [to add to his already manifold talents grrrr]. 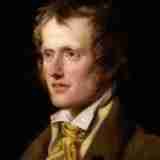 I'm still reading Tim Dee's book The Running Sky [prev]. His April chapter is substantively about nightingales. For my sins I have a feed from www.quora.com where one of the FAQs is "What is the most British thing ever?" For me it might be writing an entire book about birds without a single use of the Latin name / Linnaean binomer. It's like those foreign johnnies aren't going to care which bird yer man is talking about; what's the french for twitcher? For the record nightingale is Luscinia megarhynchos or rossignol philomène / Nachtegaal / Nachtigall / sydnäktergal, its a sort of thrush with a notable song: no not that one; nor even that one; this one the birdsong.  A theme in Dee's book is assessing whether nature poets, notably John Clare [R before he went mad] the peasant poet, know whereof they write. He is certain that John Keats had listened with care and attention to the real thing before he wrote Ode to a Nightingale.  The cadence of the poem accords with Dee's own experience of hearing nightingales singing their hearts out in the gloaming. I wouldn't know about that because I have a tin ear and, for a biologist, a pathetic knowledge of birds but I do rate Keats. Indeed, when I was in my late teen wan poet phase looking for a garret in which to contract TB I would have gotten

Darkling I listen; and, for many a time
I have been half in love with easeful Death,
Call'd him soft names in many a mused rhyme,
To take into the air my quiet breath;
Now more than ever seems it rich to die,
To cease upon the midnight with no pain,
tattooed on my chest, if I'd known where to find a tattoo parlour.

Dee appears a little conflicted. He tries to be terse, business-like and shipping forecast in his dealings with birds. "I banished all conversational allusion to the poetic bird when in front of the real thing, attempting to record my encounters only in the department of my mind stocked with metal filing cabinets: 21st May 1977, Ingelstone Common, Gloucestershire, wind light southerly force 2-3, 2230 Nightingale 3 H"  but it's hopeless and he continues "The H means heard. The anti-poetic minimalism didn't work. It didn't need to work. The nightingale doesn't require protection from poets. I realised I was only doing what Keats said I would. All variants of the bird - poems, musical settings, scientific investigations, plumage descriptions, song transcriptions, dreams - all our nightingales are are just accounts, the equivalent of a notebook entry, 3 H."  I find that profound, inclusive and quite humbling. As I've said before science is A way of knowing: not better than Keats just different.
Posted by BobTheScientist at 07:34