It's nearly time to stand up and be counted.  The referendum on marriage equality is just round the corner for us in Ireland and it should be easy to make the change - surfing a tsunami of voting to accept marriage equality in the United States over the last couple of years.  We get a huge proportion of our ideas and culture from America, let's not baulk at this one. 37 states - AL AK AZ CA CO CT DE FL HI ID IA IL IN KS ME MD MA MN MT NC NH NJ NM NV NY OK OR PA RI SC UT VA VT WA WV WI WY which are home to about 70% of the population, have embraced marriage equality.  This is all incredibly recent - we live in interesting times - Massachusetts went first in 2004, followed by California and Connecticut in 2008.  Fully 19 states got into a log-jam at the door to equality in 2014 not wanting to be the last hold-out against the tide of history. 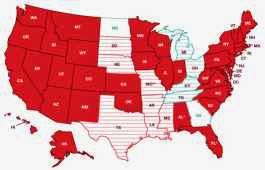 In the rhetoric, it is commonplace to compare changes to the rights of other groups in the life-time of, say, my mother, born in 1920.  It wasn't until 1928 that all adult women were enfranchised in the UK. The nascent Free State Saorstát Éireann went revolutionary and gave adult women full franchise in 1922. Black people can vote as well and expect a fair hearing when they apply for jobs, or ask for service at a restaurant or on public transport.  Actually of course, they don't expect life to be fair, because that is far from - their - experience but at least we all agree that they should be treated equally

Here's the wording we are to be presented with.

‘Marriage may be contracted in accordance with law
by two persons without distinction as to their sex’
The tide of history argument works thus: substitute "religious affiliation" or "skin-colour" for the last word in the bold statement and try to articulate that position anywhere in public. Reasonable people will be checking the colour of your arm-band.

A while ago, I quoted a poem about the poignancy of exile. There's a young woman, very dear to my heart, an exile in another country who therefore cannot vote on 22nd May. She's asking you, if you have the privilege to live in the Mystic, Wonderful Land of Ireland to allow her to return home as a married woman, if she ever gets married or wants to. Her sister, living in Cork, has just gone down to get on the register and so have all her friends.  They plan to vote together in 3 weeks' time each wearing a different coloured shirt. If you live in Kiev or Krakow, you may think this is nothing to do with you, but it is.  You can make a difference by requesting and requiring your friends and once-neighbours in Kilkenny and Kilrush to ask their now-neighbours and friends who have the vote to slap Yes on the ballot.  Yes, yes, I know that Ukrainian & Polish culture is not big on being Gay but that's not the point.  The point is that folks, who are different from you, have the right to do what is right for them.  What they do in the privacy of their own relationships is nothing to do with you.  It's like football - you may be all behind Dynamo Kiev but you can't expect, probably wouldn't want, huge support from Madrid or Milan.  Face it: who would Dynamo play against if there was only one team in the world? Difference is what makes life worth living.

Yes! more propaganda is needed because we want an equal opportunity society, there is enough inequality in our society without enshrining it in law.  Here's a feel good video for inclusion: Bring your family along, that was sponsored by Headstrong, YES equality, Foróige, Youth Work Ireland, Bernardos, Look (loving our out kids), Childline, Epic, MRCI, Pavee Point. That's all the usual suspects on a Yes position, you may say, but watch it anyway: it'll make you less grumpy.  Here's another, RingYourGranny, which has cheaper production values, because the TCD students' union doesn't have loadsa money but looks like real people bravely starting The Conversation.  Do you think that this Referendum has triggered a bunch of BLT kids to come out?  I do, I hope so anyway: they'll be happier in their own skins and our community will be richer for having the option.  Those Grannies! they do have a tendency to unconditional love for their grand-children: they're always good for some folding money, a cake or a Yes vote.  Daughters & fathers Tágether too!

Posted by BobTheScientist at 10:07