The Palace of Pressure

I've just marked the Human Physiology exam at The Institute and it has been more or less unsurprising, the results for continuous assessment tracking closely the May exams.  In the last session of class four weeks ago, I gave the students some study skills including a glimpse into The Memory Palace of Blood Pressure: how to remember the names and inter-relationships of a lot of long words.  As pharmacy technicians, they should have some clue about the modes-of-action of all the ACE inhibitors, beta-blockers, statins and diuretics they push across the counter at large people with a predilection for junk-food. The great thing about constructing your memory palace is that you don't need to know how to draw, it's all in the mind's eye.  The bad thing about explaining it is that one picture is worth 1000 words, I can't draw and it's hard to find suitable images. 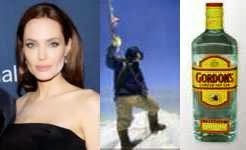 Not many people realise that three unlikely organs play a key part in the endocrine regulation of blood-pressure. The first is the liver which produces a precursor protein called angiotensinogen [Angelina Jolie/Tenzing Norgay/Gin]: an α-2-globulin and larger than average (about 450 amino acids) which is 'always on': it is leaked out into the circulatory system pretty much all the time. The key to BP activity resides in the first 12 residues: DRVTIHPFHLVI

But angiotensinogen is kinda useless, in the same way as fibrinogen can only help to clot leaking blood when it is cleaved to make fibrin.  What cleaves angiotensinogen? Renin! a hormone produced by the kidney hence the wren Troglodytes troglodytes jumping in the kidney-bowl swimming pool in the basement of the palace. Renin is produced when the kidney detects a fall in BP and goes off to find some angiotensinogen to cut up. 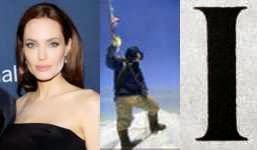 Renin clips off  the first ten amino acids leaving Val-Ile on the cutting room floor DRVTIHPFHL this hormone is called angiotensin I and it has minimal detectable activity.  It's there as an intermediate.  Presumably renin can operate on the whole precursor protein and the 10 AA flops into a different shape that the next enzyme can get its teeth into. 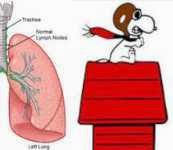 What is that next enzyme? ACE! and it is produced in a third tissue - the lung.  Angiotensin Converting Enzyme removes another two amino acids from the diminishing chain. The ACE-inhibitors, of which tons are prescribed each year to people with The Blood Pressure, are interventions in normal BP regulation, which is all about bringing BP up, for when BP overshoots and needs to have a stop put to its gallop.  These drugs are named like escapees from LOTR:  Perindopril, Captopril, Enalapril, Lisinopril, and Ramipril, the louche cousins Tom Bombadil.  Another set of dorky names from Big Pharma. 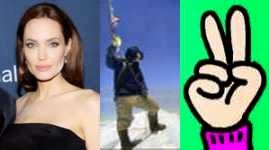 ANNyway, ACE converts at-I to angiotensin II by clipping off another pair of amino acids giving DRVTIHPF.  This is the mother of all control in the BP department and where most text-books (and my human physiology course) leave it.  But there are further fragmentary products of at-II, at-III,, at-IV etc. which are better at some of the manifold tasks that angiotensins carry out.  Aha, it's more complex than they say in the text-books?  No surprise really.

Three of these effects are shown in the collage [L], angiotensin acts:
There you have it!  In an exam you have to lash down what you can remember about the process and try to spell the long names correctly. Simonides, Cicero, Matteo Ricci and the other ancient memorialists found that telling a story helped stick the details into the mind so that they could be easily recalled and in order. The pictures I've told you about are not what's actually in the story I run over in my own head because that is barely fit for a medium read in five continents by women, children and servants. Matteo Ricci recommended using 'dirty' or shocking images - they stick better. Tenzing Norgay with his kit off is not a pretty sight but it is surely more memorable than an unrecognisable dude with an ice-axe.  And I hope nobody wakes up screaming at 0300hrs having a nightmare about small birds drowning.
Posted by BobTheScientist at 06:35