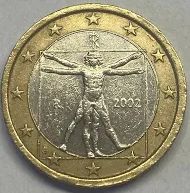 I am so, engaged in social media. I'm still pushing out The Blob, albeit now at a slower rate than May 2013 - May 2021> I guess that qualifies as social media, although it is quite one way [= out] in its traffic. My only other outlet [and inlet, it is very much more two-way] is Metafilter, which I tune into most days. One of the wings on that site is Ask(Metafilter) where subscribers put questions for the hive-mind at the rate of about one every hour. It really is a window into the human condition. Last week there was a solicitation for Fun Facts My contribution to this burning question included: ". . . your height from heel to pate is pretty damn close to the span to the fingertips of your outstretched hands and the height from heel to navel vs heel to pate is p.d.c. to φ the golden ratio 1 : 1.618 . . ." Which I stand by as it is stated there.

A couple of days later, in another thread about pseudoscience, participant = MeFite Zumbador offered: In art, and graphic design: The idea of the Golden Mean and that certain proportions are inherently both more beautiful and based on proportions in nature (shells, the human body etc). It's confirmation bias. Not based on science.

I had to respond or get woollywoo-labelled, and did so thusly: Whoa! As I just made such an assertion over on MetaTalk I'd better qualify it with some data gathered from and by 200 students over several years at my last place of work. The average ratio between height vs height to navel = 1.63; standard deviation = 0.09; range (1.48-1.79) which is significantly (p ~ 0.02) higher than φ = 1.618. I'm glad we've cleared that up. The point I made in class was that humans in all their diversity still maintain consistent proportion in their growth and development that makes each of us recognisably different from, say, koalas. But not before [and not before time] I dug out my old laptop and hunted up the data from Cell Biology classes from 2015 -2019. Data which is summarised in the quote. "p.d.c. to φ the golden ratio 1 : 1.618" is loose talk it is rather close but no cigar close to 1.618. It is exactly the same to one significant figure [1.6 == 1.6] but the range among people is considerable, so it is only imprecisely true.

I have to acknowledge that Zumbador was right to diss loose talk about φ, the Golden Ratio. Their point about confirmation bias is that, IF you have a) a human body [applies to most readers] b) a quest to find the Golden Ratio, ANDIF c) you allow a certain flex because biological data THEN you will surely be able to find two lengths which approximate 1.618 : 1 - between this flap and that nodule. YTF are we choosing heel-head vs heel-navel to measure? Why not heel-head vs heel-nipple? or heel-crutch vs heel-knee? or the difference between the two phalanges of your thumb?

Turns out Dau.II and I had thrashed this out quite exhaustively way back in 2015. I'm not primarily bringing all this he said she said up here to vindicate myself. In these troubled, credulous, times we really need to be careful what we say and how we say it; it is too easy entirely to be taken up wrong by donogoodniks. Let's not give those creatures ammunition.