A while back I self-referentially ended a Blob about a book noting that Borrowbox came to officious life and <klang!> closed my account as I was finishing the book. It was mildly more confusing because I was up on the hill without my specs, so could barely read the close-out message . . . let alone respond effectively to it. Dropping out of the system so abruptly caught me with my panzers down on a) by Borrowbox backcatalog - the list of all the books I've heard over the last tuthree years b) the title of the interesting book on which I put a reserve. The last was aggravating. 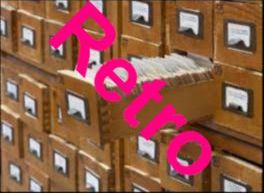 Luckily I have unlimited access to a Family Librarian who has the covetted AAAB access all areas badge in  all matters relating to LMS and OPAC  = Library Management System and OnLine Public Access Catalogue. The problem condensed around two un-related changes in my relationship with the now national library service.

My problem [it is all about me, after all] was compounded by both issues. F.L. got onto Borrowbox customer service and they merged their records for the two different cards. >!Shazzam!< not only did the back-catalog and my reservation come back to me but so did my access to the book I had been reading the day before with the bottom dropped out of my digital world. That was bonzer.

The access problem was system-wide. The /etc/passwd file in which all the user PIN codes were encrypted could not be ported to the new Spydus system and all the passwords in the country had to be reset. The transition to the new, better system had been outsourced to external IT consultants who, for all the €million$ they had trousered for that contract, had been unable to leap this small user-interface hurdle but off-loaded the task on librarians across the nation who, over a million transactions involving hundreds of billable hours were able to get the new system up and running with users whose PIN was recognised. Not a million miles from the €20million EirCode debacle / boondoggle.