St Adelaide,whose feast day it is, is patron saint of of abuse victims; brides; empresses; exiles; in-law problems; parenthood; parents of large families; princesses; prisoners; second marriages; step-parents; widows . . . which tells you a lot about Adelaide's life and times.
In an ideal world we'd put Christmas in a box and have it delivered on the 24th December, where its unpacking would delight and entrance the children. Decorating the tree; putting out a carrot for Rudolf; and a stiff whiskey for 'Santa' could all be compressed into a time of mystic power. As it is 'Christmas' starts as soon as Thanksgiving is finished, if not shortly after Hallowe'en. 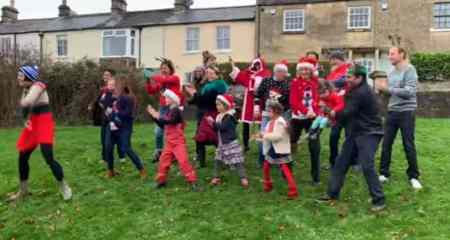