Don’t listen to her Bob. Remember those who can, do;
those who can’t, teach. GB Shaw. Man & Superman.
It's not strictly true, some brilliant and creative people are incapable of conveying to others how to do likewise. Doing and teaching require different toolkits. On the other hand, genius is not normally distributed: people at the left-hand of the bell-curve of brilliance are . . . just people. Whereas that left tail in the teaching profession comprises people who are getting a salary for teaching albeit not very well and at the very edge of their competence. It's like
Q. What do you call the chap who graduates last in medical school?
A. "Doctor".

Years ago I was co-opted onto a committee tasked to approve the launch of a new degree course called Industrial Microbiology with Bioinformatics. Having spent the previous 15+ years working at the frontiers of bioinformatics, I was qualified to judge whether the college launching the new degree had the competence and commitment necessary to support their project. In agreement with the stated policy of the HEA [Higher Education Authority] IM&B was a bolt-on degree, the college having run a plain Industrial Microbiology degree for several years. We on the Appro Committee asked how the college had made room for the bioinformatics module in what was presumably a full course. "Oh we will phase out the module on business organization." When the original IM course was put together, a case had been made that teaching Industrial Microbiologists the elements of double-entry book-keeping was essential because some of the students might find themselves running a campus company or a start-up based on their final-year research project. Abruptly, when a more glittery gem presented itself, the essential became yesterday. My cynical crap-detector told me that the BizOrg module was a make-weight to give teaching hours to some under-used faculty member in the other department . . . with a post-hoc future use requirement created to justify the fact that generations of students were being short-changed. 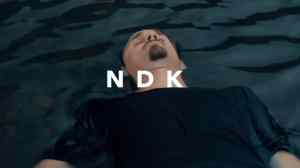 On Tuesday, through the day, I found myself talking to several teenagers about college courses and whether they were a good idea.  One of the lads, a really talented film maker, with an obsessive attention to the quality of the lighting, has about 4 years practical film-making experience under his belt but he won't be old enough to vote until next year. That's one of the positives of home-education - you can specialise in something that you care about and, through months and years of deliberate practice, you can perfect your craft. While his Dad slipped off to the jacks, I begged the boy not to go to college - the process might not crush his true spirit but would likely flatten out the interesting differences between him and his peer group so that they all regressed to the average. That would combine with a finite number of tutors and teachers (however talented themselves) to limit and trammel and impede the direction and distance of the boy's development. He phrased it differently: "Yeah, I know the first two years would be 'teaching' me stuff I already know". He reckons that the following two years may help cement his network. Trouble is that, after everyone has a smart-phone consonant with the depth of the parental pocket, then everyone gets a movie camcorder: €200 will get you a Sony HDR-CX405 starter model going up each birthday and Xmas to €1,000 for a Sony HC2500-Pro. Because most people have no talent or aptitude for film making, getting a better camera doesn't help anyone except Sony shareholders. It takes a team to build a film and FilmBoy reckons that he'll meet the best key-grip; the best best-boy; the best boom operator and the best script-writers in Ireland in and about Film School. Good luck with that; it might work out but in the car home after wards Dau.II's laconic assessment of Third Level came to mind -

"No degree is the new degree" 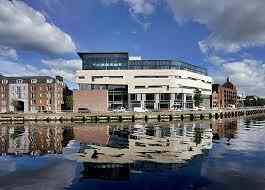 In the Cork School of Music, they are taught composition, syncopation, orchestration, harmonation, and a lot of music lore besides. But , like the college I vetted above, the CSM Suits have decided that their students need to know the basics of business. There is accordingly a module in which one of the lecturers gets up and announces:
Task 1. Plan and cost a tour of concerts: you are a group of four musicians and a sound-engineer booking gigs for 400 seats in Wexford, Cork, Dublin, Athlone, Dundalk, Roscommon, Waterford and Tullamore. Estimate a time-line and the costs of transport, accommodation, insurance, food, publicity material  and bribes.
Like FilmBoy O'Maven above, one of the students has spent the last several years touring about the country earning an honest crust entertaining people at weddings and birthdays in pubs and hotels:
"Sorry, but you're not going to find a 400-seater in Tullamore" and then (more reality station):
"When we do the gig in Cork, do I have to stay in a hotel, or can I go home to my own gaff?"
He's neither stupid nor insensitive, and he noted a frisson of annoyance pass across the lecturer's face. Doubtless the unfortunate older chap wanted to say "It's only a game, you young blaggard". But he dared not thus undermine the whole charade that he was transmitting information to the students that would, at any stage in their future lives, be useful. Far too much education involves that sort of deceit.
Posted by BobTheScientist at 07:42