Earlier this month I was a bit jaundiced / skeptical about finding a cure for alkaptonuria. It may work out for Nick Sireau and his boys but nitisinone is not a cure: it just transfers the molecular rubbish to another place. You don't get the dark-skin, joint-pain and eye-damage but you get "elevated tyrosine levels, thrombocytopenia, leukopenia, conjunctivitis, corneal opacity, keratitis, photophobia, eye pain, blepharitis, cataracts, granulocytopenia, epistaxis, pruritus, exfoliative dermatitis, dry skin, maculopapular rash, alopecia, bloated abdomen, dark urine, abdominal pain, feeling of tiredness or weakness, headache, light-colored stools, loss of appetite, weight loss, vomiting, and yellow-colored eyes or skin . . . instead. I have been critical of fantastically expensive, marginally effective drugs getting pushed by politics, instead of being refused licence by accountants. Parent's lonely fight to save compromised child is A Story which a hungry free-lancer can write up for the Grauniad, the NYT, or the Sligo Champion. Search keywords: quest, desperate, fight, tireless, crusade, tragic, diagnosis, genetics. 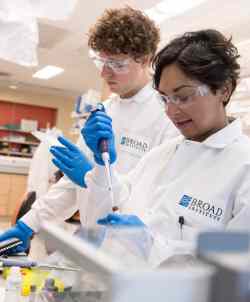 A week ago, a variation on the theme popped up on MeFi [comments informed and wide-ranging] and I followed through to Wired for one of my 3 free reads there this month. The hook here is that, although there is a cute toddler, it is the girl's mother who is trying to save herself from a late-onset, rapidly degenerative brain disease called fatal familial insomnia FFI. Sonia Vallabh and Eric Minikel [looking right sciency L - NPR source], who knew bugger-all science before Sonia's fateful diagnosis, went back to college and eventually got to be lead authors on a massive paper in Science Translational Medicine which compared the genome sequences of thousands of people with prion diseases and thousands of unaffected controls. They also set up a company (Sonia was a lawyer) Prion Alliance as a vehicle for gathering slabs of money for The Cause.

Prions have featured semi-incognito on The Blob as Kuru; they are also involved in Mad Cow Disease [aka bovine spongiform encephalopathy BSE], scrapie is sheep and the human equivalent variant Creuzfeldt-Jacob Disease CJD. It is news to me but FFI is another prion disease triggered by a different mutation in the PrP [Prion Protein] gene.

The PrP gene is found in all mammals and may have an essential function in copper transport, and/or something to do with synapse health between neurons and/or some association with circadian rhythms and the sleep/wake cycle. Bad things happen when the protein derived from the PrP gene flips to a 3-D structure that a) cannot flip back to normal structure and b) cannot be broken down by clean-up enzymes or undone. It then accumulates in lumps, especially in the brain, causing a cascade of unpleasant neurological events to occur: incontinence, blindness, loss of speech, loss of swallow, twitching, dizziness ataxia, insomnia. Death follows about a year after first symptoms.

It is believed that the flip to the indigestible form of the protein can be induced by contact with another copy the misfolded protein . . . acquired through the diet by eating meat from a Mad Cow or through blood transfusion from someone who has eaten some of that meat and is now in limbo waiting for symptoms to appear. The Irish blood transfusion service IBTS refuses donations from anyone who lived in the UK during the 80s when variant CJD and BSE were being revealed in that country. BSE was spread through the sketchy agri-practice of feeding cattle a protein-rich feed . . . made from ground up cow-parts. The same intensive cattle-rearing practice was going on in other European countries at the same time but the French authorities, for example, didn't look very hard for BSE and so found no cases. French blood is thus acceptable to the IBTS but not mine or that of any of the thousands of Irish people who lived in England in the 80s because there was no work in Ireland. Shamefully, only 4% of adults in Ireland are blood donors and I think the IBTS really needs to do a risk assessment on excluding me and The Boy and The Beloved and three of her siblings.

One of the interesting fall-outs of the scientific community acquire two smart committed grown ups to do research in FFI, is that Sonia and Eric came with a different tool-kit, different expectations and different ways of thinking. They were a real asset in lab meetings because of this intellectual flexibility which provided alternative viewpoints; perhaps especially in response to "that's impossible".

More women in science
Posted by BobTheScientist at 07:33