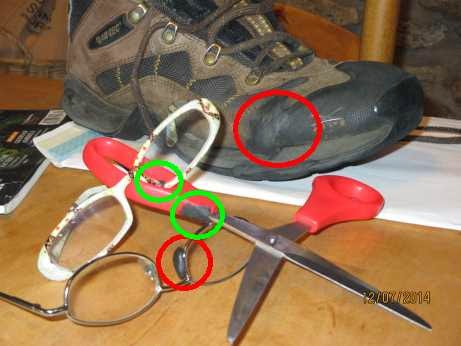 I wrote awhile back about the wonders of Sugru, the stuff that can fix anything.  That post was purely aspirational.  Now I can share some of the the results.
So how cool is that.  I've spent about €5 on Sugru and saved a bunch of stuff from the dump.  Sure I could buy more of these cheap-n-cheerful tools and boost the global economy but fixing them is better for the planet and better for my pawky parsimonious soul.
Posted by BobTheScientist at 07:30