The Prostate of Marsh

My mother put me on to Henry Marsh [multibloboprevs], the literary neurosurgeon, when she gave me Do No Harm: Stories of Life, Death and Brain Surgery nearly 10 years ago. Marsh is a little older than me and has lived through the transition from doctors being brusquely competent / confident [too often confused] to doctors being reined in by a stodgy sclerotic health service bureaucracy and the fear of litigation. 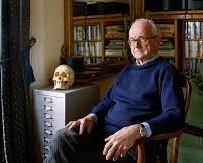 His latest and likely last book And Finally [2022] is available on Borrowbox audio read by himself. "Last" because he was diagnosed last year with late stage prostate cancer, was treated with hormones and radio therapy which got his PSA - prostate specific antigen - score down from 120 [!!] to 0.1 nanograms per milliliter (ng/mL). The 'normal range' is anything up to 4ng/mL and values higher that 10 will be a big red flag for your oncological urologist, or indeed your GP when your 'bloods' results come back. So Marsh is now officially in remission but having his PSA actively measured every six months. You might wonder at an actual brain surgeon being so stupid as to ignore the clear and present symptoms of problems down there for so long. But his reflections on denialism and his own feet of clay make for interesting and compassionate reading.

And being brought up all standing with a potentially fatal diagnosis induces some reflections on the rest of his life. How he neglected his family in the pursuit of surgical ambition; how he was betrayed by his friend and mentee in Ukraine; how he was cheese-paring of empathy and compassion for his patients and their families. Reflections are matched with projections - not good because his PSA was so high that resurgence is likely. But even if he dodges that bullet, it is likely given his age, he will be carried off by something else. And in any case, for a fit and active person, the multiple organ deficits of the aging body provide the opposite of solace.

And that provides a launch-pad for promoting and making more widely available the option of assisted dying. His gripe is that, so far, the British political establishment has conflated euthanasia [we fought against the Nazis in the war], which excludes consent and assisted death which embraces consent. For Marsh assisted suicide is an older, more direct and altogether better phrase. It is, of course, possible to off yourself without involving any part of medical palliative professional universe but the 'easy' options are violent or messy or uncertain. The arguments against legislation for assisted suicide are not evidence based; and in many cases righteously officious and paternalistic and often involve other people suffering.

Meanwhile, in remission, Marsh's most regular gig is inventing bedtime zoom-stories for his three grand-daughters and continuing to work on a monster dolls' house of his own construction.